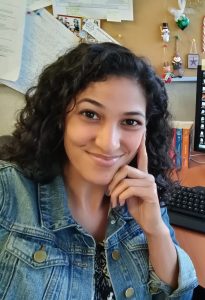 If you’ve thrown yourself into this year’s SYTYCW challenge and are determined to write your romance novel in 150 days , you’ll notice we’ve been posting a lot lately on conflict and characterization. Let’s talk about something that goes hand-in-hand with these two things. And I’m so excited about it, I’m going to caps-lock about it from a virtual mountaintop:

Ah, motivation—the foundation of your story.

If you don’t believe me, you may want to grab Debra Dixon’s book, GMC—a must-read and one of our favourites here at the Harlequin Toronto office. But in case you need a quick breakdown (or refresher), SYTYCW’s got you covered.

GMC. Goal, motivation, conflict = the story in a nutshell. And while the first and last are important, motivation is at the center for a reason 🙂 The all-encompassing, big, fat why.

Why does your heroine want what she wants? What’s driving your hero to achieve his goal? When editors read submissions, the issue with proposals is most often a lack of strong conflict. And that usually ties in with character motivation that’s not compelling or simply not fitting for the story.

Let’s try this on for size: Ben wants to make an ice rink in his yard in July and skate on it dressed as Voldemort. Oooookkaay. Ben’s a bit of an oddball.

But wait, a reader will accept almost anything the protagonist wants. Provided they have a sufficient reason (and one they can get on board with).

If Ben wants to do this so he can film it for a laugh and then burn the tape because it’s just too embarrassing, we may have lost him. And donated that book. Character motivation that falls flat can deflate the whole story. Despite all the other reasons we want to love it—hilarious dialogue, an adventurous plot line—a story is only as strong as the forces driving its characters forward.

What if Ben wants to achieve his goal so his dying twin brother, Scotty, a Potterhead who will never see another hockey season again, can play once more on the backyard rink they’d make every year at Christmas? It’s his birthday, the puck drops and it’s the ultimate battle: Dumbledore vs. Voldemort on ice… Well, we may just whip out a vuvuzela and start cheering vehemently for Ben. Dig up that yard, order those costumes…defy heat. At this point, we don’t care how crazy Ben’s dream is. We want to see it realized because he’s got a really good reason for doing it.

Strong motivation thrusts the character forward–and it’s our pleasure to watch them take risks, despite rational thought or their own best interests. We’ll follow our protagonist anywhere, even into danger; we’ll watch them sacrifice everything.

What if Ben were a 70-year-old billionaire named Belinda? Would she exert herself making a rink in the yard, or would she simply rent out the Air Canada Centre (like a boss)? The character’s motivation should fit with who they are. And if you read our post on misunderstandings,  you already know that coincidence isn’t a substitute for strong motivation—because you can’t root conflict in something that flimsy 😉

In romance, when we’ve got two characters with a goal, and strong motivations driving them away from each other and towards those goals, we’ve also got high stakes and strong romantic conflict.

So, remember, the why is arguably more important than the what—ask yourself this question often. Happy writing! Nox.