We’re thrilled on the SOLD blog to be introducing Virginia Heath, our newest Harlequin Historical author – welcome to the family! 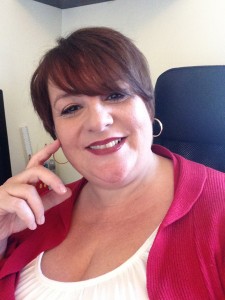 I suppose my story starts back on a Friday in July, when I finally plucked up enough courage to upload my first three chapters and synopsis onto Submittable. I expected to have to wait at least three months for any sort of reply, so when an email from Harlequin popped up on my phone in the middle of August, I was certain it was another polite rejection. But it wasn’t.

“We believe your project has potential and would love to review the complete manuscript.” I read the message twice to check that I had it right, then promptly burst into tears. My poor kids thought that I had received some terrible news! But they made me tea and calmed me down before I turned on my computer and sent the whole manuscript to Harlequin Assistant Editor Laura McCallen.

Laura got back to me exactly one week later, almost to the exact minute. Initially, it appeared that my manuscript had come to the end of its road. She felt that “the story is not currently suitable” and my heart sank. Then I saw the ‘”however” and realised that the door was still open! It was not a no.

Laura suggested some extensive changes to the structure and developing the emotional and sensual tension between the characters further. To begin with, I really struggled with the revisions. Then I realised that I had to be ruthless. Chapters were reworked, scenes cut and thousands of new words were written. After a week of solid and relentless work, and more caffeine than a body should consume, I sent off the revised book. I was pretty pleased with what I had done. I could see my story becoming stronger and I hoped that I had done everything that she had asked.

An agonising week later, Laura got back to me with another two pages of revision notes, more specific this time. Even though it meant more work, I was actually quite pleased to see them! It still wasn’t a no and Laura gave me so much encouragement in those notes that I felt that she was rooting for me to be a success.

I am a strike-while-the-iron-is-hot kind of girl, and Laura had invested so much time in reading my book twice already as well as writing me those long notes, that I felt that I owed it to her to turn it around quickly. Her email came, as usual, on a Friday and I got the second revision back to her by the following Friday. By then, I felt as if I was living and breathing the book. It had dominated the majority of my thoughts and hours for weeks. I had even started to dream about it.

Laura then broke with tradition. The next email was the worst one and it came in swiftly, after only three days, on the Monday. It was a really cryptic message. Laura wanted to get “a second opinion.” I am sure that any normal person would see this as a positive thing. I didn’t. I felt as though I understood Laura and she understood me. I had no idea who this anonymous, faceless second opinion would be—but I believed that all my dreams would be crushed like an ant under his or her powerful, big boots.

With nothing else to do, I had to wait and stew. And anybody who knows me well will tell you that me stewing is not a particularly healthy state to be in. The first to days I was a wreck, second guessing myself and thinking that I was a fraud. Then I gave myself a stiff talking to. No matter what the outcome, the entire experience had been a success. A Harlequin editor had not only read my book but had seen enough potential to work with me on it. Most new writers would kill for that kind of attention.

So I picked myself up, dusted myself off and went back to work. I had an idea for a new story. I had just given up my job as a teacher to be a proper writer. Therefore I should get back to writing and let the dice roll as they may. I would hope for the best but brace myself for the inevitable rejection when it came. But just in case, I prepared a little gracious and polite acceptance speech in my head.

I have read many of the success stories on the SOLD! Blog and when other authors received The Call they were always doing something—walking the dog, working their day jobs, standing at a bus stop. Ironically, I was sitting at my desk writing when Laura rang a week later. I picked up the phone and she introduced herself. We had never talked before that. She started to tell to me about a few more revisions that she wanted me to make, though I have to confess I wasn’t really listening at that point. All I could think of was, it is still not a no!

Then she said the magic words. We would like to offer you a two-book contract. Fortunately, I had my little speech prepared—right? Wrong! I had no idea what I said. In actual fact, I think I was so overcome I barely said anything at all apart for thank-you before I put the phone down. It was pathetic.

By that time my daughter had joined me, and she was congratulating me while I just sat in a daze. It was actually a good thing that she was there. She had to confiscate my phone and take me away from my computer to stop me from writing random emails to Laura expressing my gushing and profound thanks. I was allowed to call my husband and son, though!

So I suppose, if I am going to give any aspiring authors any advice, it is this: Send off that manuscript that you have been cossetting like a secret baby. Who knows, someone might see a bit of potential in it. And if they do, go for it! Listen to the advice, make the changes and, even if it is rejected, keep trying. I have wanted to write for Harlequin since I first discovered their books as a teenager. Now, at the ripe old age of forty-seven, I am.