Today, we’re THRILLED to introduce you to our newest Harlequin Medical Romance author, Charlotte Hawkes! Welcome to the family, Charlotte, we’re so excited to have you! 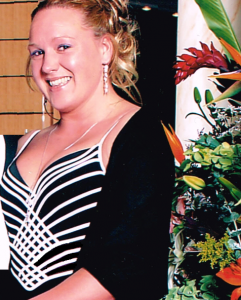 There’s a Fort Minor song (especially these first three lines) which, for me, aptly sums up this writing process:

Fifteen percent concentrated power of will,

And a hundred percent reason to remember the name.”

Believe me, I know there are plenty of aspiring authors out there who have the smarts but who are just waiting for that elusive spark of luck. I’ve even read some of your amazing stuff right here on this site!

Well, for me, I was fortunate enough that all those perfect ingredients came together last week and I received The Call. And I can’t promote the SOLD! Blog—Writing Challenges enough!

This Call-Story effectively started for me on 27th March 2015 when these Writing Challenges began. That very first prompt really worked for me—Your hero has just walked out on the heroine, on the morning of their wedding day. Why?—really worked for me. I immediately envisaged a Medical Romance, with a soldier who had been blown up by a roadside bomb and couldn’t believe his heroine could love a damaged man. I got some great feedback, so I picked up the ball and I ran and ran. Before the second writing challenge had even come around, I had written the first (five) chapters and submitted the first three.

Then, in May, I received an email from UK Editor, Flo Nicoll. She had my MS and loved the premise but felt elements of it needed reworking—would I like a chat?

We scheduled a phone call (I was working abroad at the time) for the next day. Flo asked me where I wanted to go with the story, pointed out areas where she thought it was weak and asked if I had alternative ideas. I did. One of her ideas included a secret miscarriage which works incredibly well throughout my story but which I would never have thought of in a million years as I usually dislike secret baby themes—more fool me!

Over the next month, we reworked the story as we went, emailing or chatting to the incredibly hard-working Flo twice a week as I received either the thumbs up or this incredibly telling ‘hmmm.’ Some were tweaks others revisions, and we would have a chat about the direction and alternatives and I have to admit, she was always right!

Then it was time to go to the Senior Editor of Medical Romance, Sheila Hodgson. Unsurprisingly, the wait was excruciating. Even so, I heard back quicker than I expected, the 14th August, two days before my birthday. Sheila loved it, although there were more revisions to do—but, as before, the changes only made the MS better.

It was no guarantee but it was still a huge relief. I desperately needed this career change—my job as Company Director of a small firm within the Franco/Anglo construction industry, though incredibly interesting, takes me abroad several times a year, usually a month at a time. With my Mum as babysitter, I’ve been able to take my two boys (currently three year old and one nearly two year old) with me whenever I travel—to my DH’s chagrin, and combine client meetings with sand-castle building on the beach. But with both boys now in school a couple of mornings a week, I wasn’t prepared to leave them behind for a month at a time.

But becoming an author needed to be more than just a dream, it needed to be a serious, sustainable career change. I read my first Mills and Boon at fourteen years old when a friend lent me one of her vast collections, and I was hooked. Of those early days, three in particular have stayed with me for various reasons. One of them, King of the Mountain, introduced the heroine, Marnie, who—along with her hero—battled down a mountainside in a storm to find insulin for a diabetic model stuck at the summit. She was strong and determined and not easily intimidated by her alpha-male hero, yet she was also incredible soft and vulnerable. And I loved her. If only my heroine could be just as perfectly layered. Consequently, I got stuck into the last tweaks/revisions, going back and forth with Flo for the next ten days before we were satisfied. But I hit another delay—Bank Holiday and the Harlequin/Mills&Boon office move—and I prepared myself for another wait. I needn’t have worried, the day after Bank Holiday, I picked it up thinking it was work. In a way it was—as Flo uttered those life-changing magic words. And now, incredibly, my first book is due out in June 2016!

So, I know that there are tons of you guys out there who have that twenty percent skill and the fifteen percent concentrated power of will, who put in that fifty percent pain and who love that five percent moment of pleasure when it all comes together, but who are just waiting for that last little pinch of luck. So don’t give up, it happened for me and it could happen for you too—and then it will be your Call Story next!