How hard it is it to get that important first chapter just right? Yesterday’s Dear Editor post gave you the Sold Editors’ top tips, but recently, a group of Harlequin authors have also discussed that very question! And for everyone out there who finds first chapters the hardest words to write of all, you’re in good company.  These authors’ answers prove that some things – like writing the first chapter – don’t always get easier with experience…! 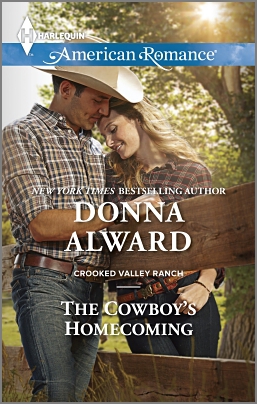 Donna Alward (Harlequin American)
If I’m lucky, I get it right the first try. By right I mean…the setting, action and point of view are in the right places. Most of the time though, I start it in the wrong place; either too soon or too late, or in the wrong situation, or in the wrong point of view. I’m a pantser and not a plotter, so a lot of writing that first chapter is what we call “discovery”. I might have to hit the delete key, but I learn things about the character and story which I need to get it right so it’s not exactly time wasted. That being said, it’s not all that efficient and it can drive a writer bonkers wondering why this fabulous opening just isn’t working.  And even when I get it right, the first three chapters are the ones which get edited the most. That first 10,000 words or thereabouts form the foundation for everything else. 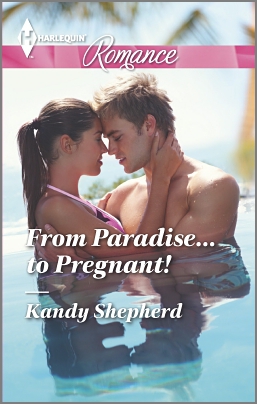 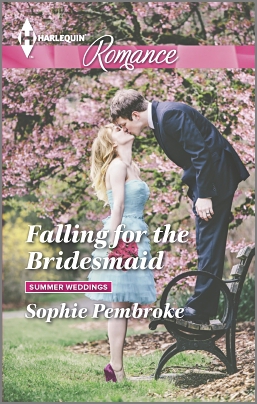 My first chapters are definitely the ones I rewrite the most – just not all at once. I get the first chapter down knowing that every single time something changes in my story plan, or I come up with some new and cool detail to add in, (which happens in most of the subsequent chapters!) I’ll probably have to go back and tweak that first chapter again. It’s time consuming, but it’s the only way I can be sure that first chapter sets up the rest of the book the way it needs to! 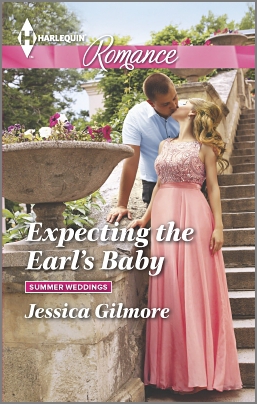 Jessica Gilmore
(Harlequin Romance)
In many ways I’m still figuring out my process but generally I spend a quarter of my entire allotted time for a book laboriously plodding through the first chapter – rewriting, tinkering, angsting and worrying over every single word until it’s overwritten, dry and dull and I panic that this is the book where I’ll fail. And then I grind out 2 more chapters. But after that I fly through the rest of the book! I then go back and  usually rewrite the first chapter completely and extensively rewrite the next two, but just tweak the rest of the book. It’s a horrid process. And I’m a pantser – can you tell??? 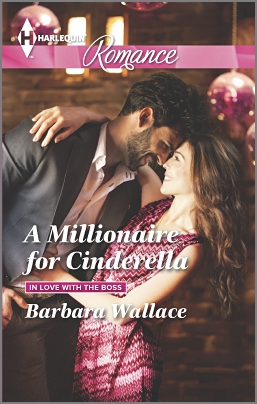 Barbara Wallace (Harlequin Romance)
I don’t think I’ve written a book where the first chapter wasn’t drafted (and tossed) several times.  (My personal record is six.)  The tone has to be absolutely right for me to move forward.  And even then, there’s a good chance I’ll draft it again after I’ve written the first 10,000 words and have truly gotten to know the characters.  It’s a long, arduous process – but necessary, as so often, my characters don’t fully reveal themselves until I’ve played with them awhile. 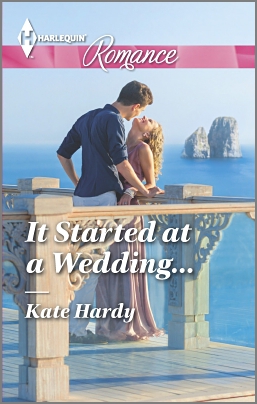 I’m a flexible planner, as in I plot my book out before I start rather than ‘writing into the mist’. But Chapter one gets the most rewriting. I write each chapter in ‘dirty draft’ (based on the outline), then each day I’ll clean up the previous day’s draft and put it into proper prose before carrying on with draft for the rest of the day. Partway through the book (usually around the quarter, half and three-quarter stage) I re-read what I’ve done and tinker a bit. And sometimes I’ll scrap the entire first chapter because I realise I’ve started in the wrong place. It’s not wasted work – it gives me a better idea of what makes the hero/heroine tick – but if it doesn’t grab me then I know my reader isn’t going to be immersed in my hero and heroine’s world from the get-go. 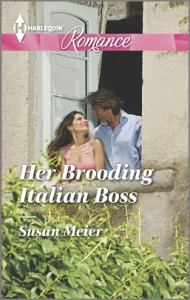 Susan Meier (Harlequin Romance)
Chapter one has to do a lot of things. It starts with an inciting incident that has to introduce characters and their conflicts, even as it sets off a chain of events that becomes their journey. I rewrite chapter one until I get a chapter that doesn’t just do all those things; it does it in a way that interesting and compelling. Chapter one isn’t easy, but it’s the most important chapter of any book…so I don’t leave it until I love it. 🙂 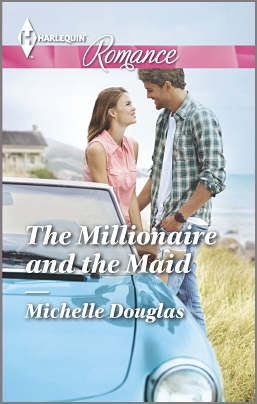 Michelle Douglas
(Harlequin Romance)
The shape of my Chapter Ones very rarely change much. It’s usually the chapter that I have the clearest picture of in my mind. In terms of going back over it, adding what needs to be added, removing deadwood, and simply honing it for maximum impact, though, no other part of my book comes close to needing the same amount of work. That first chapter always needs a lot of polishing. I tend to like to write a fast first draft which helps me not get too hung up on details. I think it probably also helps that I fall more on the plotter side of the plotter-pantser scale. If I don’t do the initial plotting work…well, it all tends to go to hell in a hand basket.

Finally, for those few who are worried that they aren’t drafting their chapters enough, there is this: 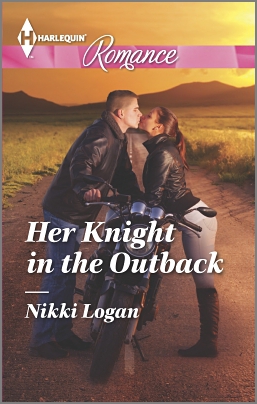 Nikki Logan (Harlequin KISS and Romance)
I LOVE the first chapter of a new work and it’s usually the clearest and most immediate for me–probably because I’m a pantser and all my subconscious percolating has gone into that first scene. So it’s tight. After that I’m a comparative shambles. Only once in twenty books have I had to drop a first chapter entirely and I still mourn that missing scene.

There it is – advice from the real experts 🙂

Well, this certainly doesn’t pile on the pressure as I revise my first three chapters for Blurb to Book!

I had a habit of starting the story in the wrong place, adding in too much backstory, not setting the scene in time and space very well, etc. Through a lot of trial and error, I think I’m somewhere between Nikki Logan and Michelle Douglas. I spend a lot of time thinking the story through and deciding the best place to begin. With this contest, I wrote a spare/bare first draft and then went back to flesh it out. The first draft was easy to write, but my revisions have been pretty involved. I’m hoping I got it right.

STOP writing these posts and scaring me into taking a hundredth look at that first chapter, already! 🙂 Seriously, I think this gives me a good perspective on writing a first chapter. It’s OK that I’ve made so many changes as long as it does all the things Susan Meier mentioned in a fresh way. Thanks for this!

You’re welcome, Erica. If it helps, I’m going through the same nutty process with my next book. Trying to get that first chapter just right!

Every book is different and every book deserves that great first chapter!

Love this post. Those first chapters are tough. I follow some of the advice above – and make some of the first-draft mistakes.

I’ve gotten some great reinforcement here, too, especially the point about not worrying over perfecting Chapter 1 until more of the book is drafted.

It’s good to see I’m not the only one who agonises and changes things. Like Donna I probably spend more time on the first three chapters than any other.
I must have rewritten the first chapter for Falling for her Captor half a dozen times, starting it in different places. The final version which is the one I submitted to SYTYCW was a last minute change when I decided I wanted to see the confrontation rather than have the heroine thinking about it afterwards.

Sounds like a great way to start your story!

I’m agonizing over ch 1. I realize that I have to delete a lot, and I’m whimpering inside.

Thank you for the motivational article.

We feel your pain, Anne!

We’ve all whimpered a time or two. LOL

I’ve even printed this post out and stuck it on my wall! Really great insight into that first chapter – but also into the process of completing a book. Thank you so much to the writers for sharing.

i must be abnormal. I love the first chapter, anything can happen!

This post made my day. I antagonize, rewrite and tweak my first chapter until it feels right. If I’m still not feeling it, I delete it and start over again. I was beginning to think something was wrong with me. But after reading all the fabulous authors’ comments, I can see I’m in good company. Thank you for sharing your struggles and insights.

I’m happy to see so many authors admit to being pantsers. That first chapter sometimes serves as a holding tank for my backstory. I know the first chapter is going to disappear but it’s a necessary part of my process. My brain needs to percolate through ideas and around page 15, I’ll hear dialogue in my head and just know that it’s the perfect line for page 1.

Thankyou for this wonderful post. I particularly identity with Nicky Logan, as I too, am a serial pantser. I usually adore my first chapters, as most of the time I open with my meet-cute. It’s where to go after that I struggle with. Once I have more than 10,000 words down I go back and tweak the first chapter, but rarely do I throw it out!

I don’t usually change the first chapter. I’ll deepen the emotion, but the plot and action normally are good.

Like Nikki, I’m a pantser and the first pages are normally the clearest because they’ve been perculating for a while.