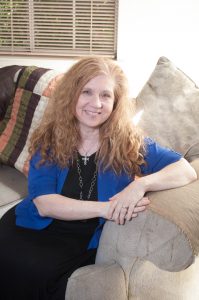 On the morning of March 9, 2016 I was at my part-time job at a law firm. Interestingly, I’d been given my walking papers two weeks prior due to massive personnel changes. My cell phone buzzed and while I try not to answer it at work (uh-huh) I do need to check and make sure it isn’t one of my beloved children with one of those dire emergencies, you know, such as, “Where’s the spatula?”

But no, not one of my children.  The caller ID showed a Virginia area code, and my agent is the only person I know in Virginia. A few weeks prior, we heard that Tahra Seplowin at Harlequin loved my story of sexy pilot Stone McAllister and control freak Emily Parker, then titled Love at First Flight, and thought it a good fit for Harlequin Superromance (we’d originally submitted to HQN.) With our permission, Tahra wanted to forward my three-book proposal to the Superromance editors.

I took the call, not knowing what to expect.

“Harlequin loves your book,” my agent said, “And would like to offer you a three-book contract.”

I don’t think I said a word and so my agent, bless her heart, kept talking.

I do remember saying, “Don’t get me wrong, I’m excited.”

“I think I danced around the room (metaphorically) and called everyone I knew on the planet to give them the good news.”

I got off the phone and informed my colleagues, who were all extremely happy for me. Only one of them read romance, but both had heard of Harlequin. Who hasn’t? I think I danced around the room (metaphorically) and called everyone I knew on the planet to give them the good news.

Funny thing is this manuscript was entered in the 2014 So You Think You Can Write competition. It didn’t final. I kept writing other books, but all along I’d thought there was something special about this story. About this particular heroine. I just couldn’t give up on it, or her. So I kept re-writing, kept improving as I also wrote other books. I like to think the new and improved version got me my agent in May of 2015, and we went out on submission in September.

“. . . the moral of this story is to never give up. Keep writing, and keep honing your craft.”

Imagine my surprise when I wound up right back where I started. It’s been a journey, and the moral of this story is to never give up. Keep writing, and keep honing your craft.

I’m thrilled to join the Harlequin Superromance team. Some of my favorite authors have either written, and/or continue to write for this line. It’s an honor to be a part of the Harlequin team.

Congrats, Heatherly!
You dance away — you deserve it. 🙂

So very happy for you! You said it best – NEVER give up. You never gave up and now look where you are. Awesome!

Thanks for your support, Lora!

I knew you could do it! So thrilled for you chicky : )Huge congrats!!!

Thanks, Tricia! I bet you get your call story any day now.

Congratulations, Heatherly! You are such an inspiration for this girl who is still waiting for the “Call.”

Thank you, Donna. I’m so happy to be an inspiration. Keep writing.

Thanks, Nicci. Your support means a lot to me.

Thanks, Margie! It’s been a journey, hasn’t it?

Sure is a journey and a half! Congrats, you’re on your way! Enjoy the well deserved ride! xxm

I love the Starlight Hill series, especially the last one “Forever with You”. I know I will like the new books, too. Funny, compassionate, with a fair amount of sizzle, what’s not to like about Heatherly Bell’s style?

conratulations, Heatherly. You so richly deserve it as I mentioned in my earlier comment.

Congrats! Glad you listened to the muse’s call and kept plugging away, believing in yourself and your story. Even a one-book deal is worth dancing about, but three books…Congrats again!

Thank you, Jean! I will try to keep dancing “as fast as I can.”

Congratulations, I’m so excited for you! I can’t wait to read it!

Thank you, Kimberly, for all your support! I won’t forget it.

Thanks so much, Heather!

Heatherley, what a wonderful story, I’m thrilled that you’re writing for this brilliant line! Wishing you much success!

Thank you, Nikki! Your support over the years has meant a lot to me.

Congratulations! You’re an inspiration to all of us writing with the dream that one day, we too, will get the call. What a great story…love the part of the call in your final moments at the law office. 😉