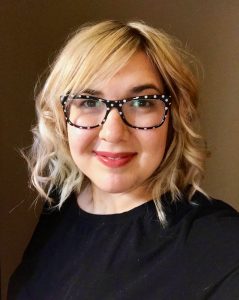 As with most of life’s pivotal moments, I was wholly unprepared for The Call!

I’d previously submitted to three Harlequin blitzes for different lines, including Dare, and made it as far as submitting a full manuscript and resubmitting that full manuscript with edits without getting an offer. So when I submitted another chapter to the Dare Blitz, I had absolutely no expectations and was just looking forward to getting some insight on what exactly Harlequin was looking for in a book because I was clearly not delivering what they needed!

After submitting two more chapters to Dare, there was a lot of great feedback and requests for edits, which was exciting. Then there were more and more suggestions from different editors and I felt like maybe I was so hopeless as a writer that I needed extra attention! Finally, I went on vacation over the summer and didn’t submit the latest edited chapters as quickly as usual. When over a month passed without hearing from anyone, I thought for sure that I’d blown it. Then Hannah Rossiter emailed and asked if she could call me. Naturally, I assumed the new edit suggestions were so extensive that they couldn’t be contained within an email or that her hands might have cramped trying to type them all out.

It was the middle of just another day, and afterwards, I retroactively appreciated that she emailed about the call first because I literally haven’t answered the phone without knowing who it was since the 90’s. And now, even if I know the person there’s only about a 20% chance that I’ll actually answer instead of responding with a text saying, why are you calling me?

At the point that the call came, I already knew Hannah had written a blog post about Love Island, which was a show I had obsessively binged four seasons of during the summer. Of course, no one I knew in America was watching it and I was desperate to talk to someone about it, so the prospect of this was nearly as heady as The Call itself!

I’m obviously kidding, but it made me instantly feel like I’d finally found my place with Harlequin, Mills & Boon, and the Dare line.

I remember reading my first Harlequin, a Presents called The Wrong Mirror by Emma Darcy, when I was eleven. Even way back then it was already a very old, well-loved copy that my mom had hidden in the bottom of her dresser drawer, which made it feel forbidden and secret and obviously something I needed to have. I also think it was about a male tennis player? Which seems like such a random and unlikely occupation choice for a hero these days, but maybe John McEnroe really made an impression on my mom. Anyway, a friend and I totally stole it from her drawer and read the fun passages out loud at slumber parties. My mom finally caught me reading it under my covers with a flashlight one night and confiscated it, so I guess I’ll never know how good that hero was with a racket.

Even though my mom took the book back, the damage had already been done. Now that we knew what we were looking for, my high school friends and I were virtually ransacking the public library every couple of weeks carrying out armfuls of red and white paperbacks. One of those times I ran into a boy I really liked while holding an obscene number of romance novels. The top book on the pile, that he definitely saw, had people kissing passionately on it. We never ended up dating. It’s okay. He’s a rich lawyer now and it’s fine. Totally fine!

My friends and I read so much in high school that we named our binders after Harlequin romance authors. Two of my friends had Kate Hoffmans, but because I had to be different, mine was a Doreen Owens-Malek—what I thought was true vintage Harlequin. It was in this binder with those friends that I started writing my very first Harlequin romance novel. I’ve been going ever since.

So getting the call feels like literally being called to the mothership. When I heard the words two-book contract, I could barely believe that all that reading and “research” in high school had finally paid off! I immediately texted all my fellow romance reader friends to share the news and they were super excited too. They did wonder if I was going to write about sheikhs, but I said no. They were disappointed for a number of reasons, but perked up when I shared that it was for Dare, the new and spiciest line of books yet, replacing the Blaze series which we loved.

The fact that I got the call for Dare is even better than I could have imagined. I’m energized by the opportunity to write for the most explicit line yet. I’ve always had trouble staying inside the lines and I can’t wait to push the boundaries with sexy new heroes and bold, kick-ass heroines.

I hope I can live up to this new and daring line and follow all the awesome authors who are already part of it!