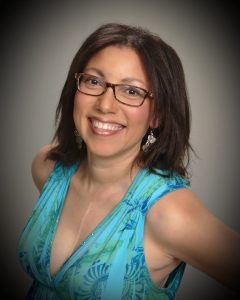 I love reading. For as long as I can remember I was reading something.  That changed when I married and gave birth to two sons nineteen months apart. Then my reading became limited to children’s books and the ingredients on food labels.

When my sons started preschool, I spent those two hours each day reacquainting myself with all the romances I had been missing. After reading several, I thought to myself, I can do that. And so in the two hours I had to myself, I began writing some of the worst romances ever written. Some of them were so bad even I could see it, and those notebooks I am happy to say have been recycled. After writing three or four books, I felt confident enough to send one to Harlequin. It immediately received a form rejection as did the next few I submitted, but I was hooked. I discovered I liked writing even more than I liked reading. I knew that I had to learn how to do it better.

“The best part was finding people who truly “got” me “

I soon discovered the Harlequin writing community and began hanging out in the submission care group. The authors there, both published and pre-pubbed, were very encouraging and helpful, commiserating with me when I received rejections, and inspiring me to keep writing. They steered me to RWA and told me I should enter contests to get feedback and to find a critique partner that I trusted. The best part about sub-care was finding people who truly “got” me and understood my need to write and my dream to hold my own book in my hands.

“Getting rejections was hard and I occasionally thought about quitting.”

I spent every spare moment writing and with each manuscript I felt like I was getting closer and closer. Still, getting rejections was hard and I occasionally thought about quitting. Thankfully the other authors in sub-care kept me going and I kept writing, submitting, and entering contests.

In 2013, I participated in Brenda Novak’s online auction to raise money for diabetes research. I won a three chapter critique from Harlequin Special Edition editor, Charles Griemsman and in September of that year I submitted the partial for THE WAITRESS’S SECRET, book two in my Sweet Briar Sweethearts series. I mentioned that book one, then titled HOW SHE STOLE THE SHERIFF’S HEART, had finaled in two contests. Charles made some suggestions for revisions on WAITRESS, but did not request the manuscript. However he did ask to see SHERIFF which I happily submitted.

“When we scheduled a call for that day I tried not to get too excited.”

Fast-forward to March 7, 2016 when I received the call. Charles and I had been emailing back and forth regularly and talking on the phone occasionally, so when we scheduled a call for that day I tried not to get too excited. Even though I suspected I would get an offer, I was still excited when Charles offered me a three book contract writing for Harlequin Special Edition. As luck would have it, my husband was out of town, but my sons were home and helped me celebrate.

My first book HOW TO STEAL THE LAWMAN’S HEART is a February 2017 release. I can’t wait to hold it in my hands. My advice to anyone still dreaming of being published is the same that those authors of sub-care gave me. Keep writing. Don’t give up on your dream. It will come true.

Look for How to Steal the Lawman’s Heart in 2017 from Harlequin Special Editon!

4 replies on “Getting the Call: Meet Kathy Douglass!”

Congratulations on your acceptance.
Where can I find the “Harlequin writing community and the submission care group.” Thank you for sharing your story.

Thanks, Greta. I am very excited.
You can find the Harlequin writing community at Harlequin.com, the Harlequin website. Click on the social tab and then the our community tab. From there click on the writing romance discussion. Click on writer’s circle. You will then see the submission care group. You will meet some pretty awesome people there.