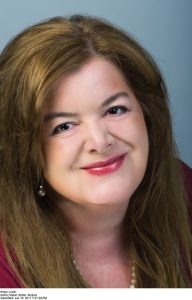 This week we welcome debut author Andrea Bolter, with her story on Getting the Call!

If you’re like me, you might be worried that if you sent a manuscript to Harlequin through the Submittable system it would end up in some cyber-space slush pile never to be opened on an editor’s screen. Well, I’m living proof that isn’t the case! I’d heard story after the next about aspiring authors making some kind of initial connection with an editor through a conference, contest or correspondence, thereby allowing them to at least send their work into the dark frontier of the internet to someone’s attention. That wasn’t me. Cold and unrequested, I sent off my proposal letter, synopsis and the first three chapters of HER NEW YORK BILLIONAIRE, hoping it truly would land in someone’s inbox.

Ten weeks later, I was nervous and thrilled to see an email regarding the submission. I assumed that if it was a flat-out rejection, there wouldn’t have been as many words typed on the screen as I saw. So, I slowly began to read the note. Editor Nicola Caws was complimentary about my partial and had some revisions she’d like to see in the first three chapters. If I wanted to work on those, I could resubmit to her and include the entire manuscript. Which I happily did.

A month after I sent in the revisions, I was taking an early-morning walk and talking to my sister on the phone as I often do. After the call, I put the phone in my pocket and noticed when I got home that the battery had run down. When I plugged it in, I saw that I had missed a call from a phone number I didn’t recognize. Tempted to just delete it as spam, I instead listened to the message. In the short time between the yak with my sister and my return home, Nic had called from the London office! Of all the times to have had my phone die!

Nic gave me her email address and asked me to contact her so we could talk. Heart pounding, I emailed her immediately hoping she’d get it instantly and call back right away. Which might have happened had I typed in the correct email address! Something my shaking fingers were unable to do. The first email bounced back as undeliverable, but my second try was successful and Nic did call a few minutes later. She told me the editorial team had revisions they wanted on the whole manuscript but that they’d like to offer me a two-book deal.

Other words were spoken, probably in English but I couldn’t swear to it. Fortunately, the conversation was followed up by an email explaining the offer. When I called my husband at work to tell him the news, he was unable to understand me because I was talking so fast and breathlessly.

I have a background in journalism and have been published hundreds of times. But to sell my first romance novel…on my first submission…to Harlequin…is surely a dream come true! I’d been reading Harlequin for years but when I firmly decided I wanted to write for them, I read dozens upon dozens of their titles in rapid succession. Romance/Cherish was the series I most liked to read so that’s what I set out to write. I think all of that homework was the key to my sale.

Once the several rounds of revisions on the first book were complete, I began work on my second. And so it goes. Because that’s what we writers do. We write, right?