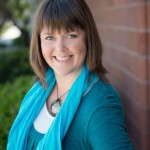 Yeah, yeah, yeah: It swept the Golden Globes. It’s stylish, entertaining and romantic. Emma Stone is adorable. It’s an “homage” to the classic age of the Hollywood musical. I get it. How could anyone not love the romantic musical “La La Land”?

Well, I am one of those who not only didn’t love it, I hated it. With a passion.

Let’s be clear: I love classic Hollywood movies and I really love musicals (I’m a Fred over Gene gal). I even love musicals that are politically incorrect by today’s standards…I mean, who doesn’t love the toe-tapping number The Sobbin’ Women from “Seven Brides for Seven Brothers” based on the rape of the Sabine women?

All to say, I was prone to liking “La La Land” simply because it’s a musical. Although it’s beyond me how anyone can compare the “homage” (that high-falutin’ word I keep hearing!) dance sequence in “LLL” with the 16-minute dance sequence in “An American in Paris”. I mean, Gershwin! Gene Kelly…Leslie Caron!! “La La Land” has nice music, dancing and singing that’s…better than mine…but that’s about it. The less-than-magical dance into the stars reminded me more of a high-school production of “Peter Pan”.

The music and the dance might explain why I got bored and wondered why we weren’t next door watching “Star Wars Rogue One”. But why did I loathe the film? I loved Emma Stone and Ryan Gosling in the movie “Crazy, Stupid Love”, which had high stakes, huge tension and lovely, fresh humor and chemistry. But I didn’t get the feels this time. And I suspect it’s the somewhat mundane plotting and the characterization rather than the acting.

So let me put the “homage” to classic Hollywood musicals argument aside and look at the story.

Mia has been trying to make it in L.A. as an actor for years. She meets Sebastian who is doing nothing about his dream of opening a jazz club but is instead getting fired from a gig playing music he hates. They fall in love and Sebastian becomes the driving force behind Mia going after her dream by putting on a one-woman show. This fails miserably after one performance and Sebastian doesn’t show up because he’s making a decent living by playing more music he hates…and he blames Mia for this because he thought she wanted him to be successful.

Contrivance: It turns out Sebastian’s idea for Mia did work—what are the odds?—and a casting director wants to see her. But after years of hard work, she’s given up at exactly this point. So it’s up to Sebastian to rescue her and go tell her about the audition that he made possible. It’s now up to her, he makes it clear: she can win or she can quit, he’s done all he can. Exit hero.

Mia rallies because of Sebastian’s hard talk and wins her big break. And leaves our poor hero, the one she owes everything to. He can now afford to buy the jazz club of his dreams thanks to the soul-crushing job he blamed on Mia.  He is alone, but he has won. And the two can have a dream sequence together where her new happy life with husband and child transforms into imaginary happy life with him and their child. End with wistful heroine leaving with real husband back to real child, and hero at the piano.

In case it wasn’t clear in that synopsis, I didn’t like Sebastian’s growth arc, and I didn’t appreciate Mia’s breakthrough coming as a lucky coincidence (agent at one-night show after years of auditioning for agents) because of Sebastian’s idea. Or that she suddenly loses her long-term motivation and only regains it when Sebastian reminds her of what’s important.  (Plus, I didn’t appreciate Mia being wistful about him at the expense of her current husband and child. And hero coming across—only to me?—as a pretty self-satisfied single guy.)

I can only describe my reaction to the movie as hero-resentment (an emotional reaction similar to the one I had after reading “The Bridges of Madison County”). The heroine seems to need more of a journey than the hero…because of the hero…and that got under my skin.

Unlike my colleagues, I don’t see the character arcs as equal: that both hero and heroine achieve their goals only because of what they got from each other. Maybe it’s because I was bored, but I missed a moment where the hero (or possibly the filmmaker) realized that it was because of the heroine that the hero was able to open his jazz club. That this second gig he unhappily took was different from the first gig he unhappily took, and the heroine truly was responsible for the difference: and it opened up the world for him. Instead, she was surprised that he took the gig, and even more surprised that he blames her for it. Was it his misunderstanding of what she wanted him to do that got him where he needed to go? Is that her contribution to his having achieved his goal? I didn’t find a misunderstanding satisfying development.

I grappled with my negative reaction to “La La Land” and the one-sided character growth is the best reason I can come up with. It made me resent Sebastian and his achievements for himself and for Mia. Not to mention that the world of acting and music came across as dull and mundane–not nearly as high stakes and exciting as “All That Jazz” or the classic Hollywood musicals.