*New author alert!!* Earlier this year, the Love Inspired team ran the Blurb2Book initiative. We are delighted to share with you not one, but six – SIX!! – amazing Call Stories today from the new Harlequin authors who were discovered through this great competition! 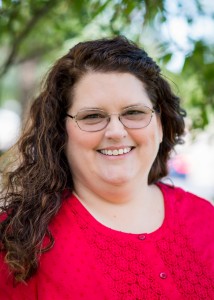 My call story starts with me breaking the rules…by accident.

I belong to a writer’s group that meets once a month in the Twin Cities, about 100 miles from where I live. We get together to write, critique, and encourage one another. There are very few rules to the group, but one is that when we are there, we are off the grid. No internet, no phones, no outside noise.

We were all busy writing away when my phone rang. I had forgotten to turn it off! As I scrabbled through my purse, thinking I would send the call to voicemail just to shut the phone up, I glanced down and saw that it was my agent calling. I hopped up and ran outside, phone pressed to my ear.

“You did it. I just got off the phone with Tina James. She loves the story and wants to contract it.”

I must’ve worn a groove in the sidewalk, I paced so much, getting the details, letting it all sink in. When the call ended, I got to head inside and share my good news with the folks who had sweated each stage of the contest with me.

And I didn’t get in trouble for breaking the rules! 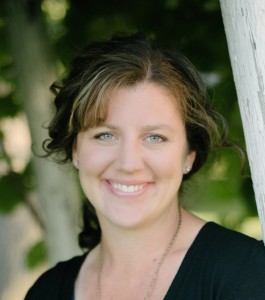 My story began three days before the deadline for the Blurb2Book Contest when my friend Erica Vetsch suggested I enter. I quickly wrote my blurb and first page and then sent it in, not realizing they had 325 other entries. If I had known, I would have been a lot more nervous!

I squealed when I saw I had made the first cut. I wrote the synopsis and first three chapters on a trip to Washington, D.C. There was another squeal when I learned I made the final round—but that squeal was followed by a groan when I realized I needed to write the whole book, send it to my critique partners, and then polish it in just two short months.

It was a Thursday when I received The Call from my agent. She had talked to Executive Editor Tina James and said that Tina wanted to offer a contract! About a half an hour later, Tina called. I kept thinking: “I had no idea when I woke up this morning that I’d be talking to an editor in New York City!”

I couldn’t be more excited to work with the Love Inspired Historical team. My book, tentatively titled The Doctor’s Redemption, will release in September 2016.

There’s the call—when you’re working in the pediatric ER and taking a quick glance at your email during a short lull in a crazy shift and seeing one from your Love Inspired editor saying she’s trying to reach you but something is wrong with your phone. This followed by a quick sprint through the department of which thou-shalt-not-run-unless-a-patient-is-dying. Ultimately being rewarded by those sweet words that fuels an author’s resolve to stay on the writing path—we’d like to offer you a contract.

But there’s also another type of call. To be honest, even though I’d heard about the Blurb2Book contest, I didn’t feel like I was a good fit for Love Inspired. I write thrillers. Edgy thrillers. Kissing scenes give me a pretty decent set of hives. About three days before the first round deadline, I couldn’t stop thinking about the contest to the point I was awake until the early hours of the morning. My writing career had stalled. I was writing an indie novel and felt a traditional contract was out of my reach.

I took those early restless nights as God calling me to write outside my comfort zone. And apparently—that’s exactly what He was asking me to do. 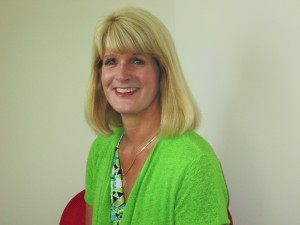 “Jill? This is Giselle from Harlequin. Do you know why I’m calling?”

That’s it, that’s all I remember of August 17, 2015, the day a phone call from New York City, changed my life. Never in my wildest dreams would I’ve imagined when I commuted into work that Monday morning, I’d drive home with a contract offer on my first book. Funny thing was, I didn’t have a book written.

In 2010, I participated in my first National Novel Writing Month (NaNoWriMo) competition. NaNoWriMo challenges participants to write 50,000 words from November 1 until the deadline on November 30. The goal is to get people writing and keep them motivated throughout the process.

It was a great experience and one I would recommend trying, at least once. I met the challenge, but the 50,000 words I wrote were horrid. At the time, I knew nothing about structuring a scene, or point of view. The story, such as it was, remained unfinished on my hard drive for five years, but the characters always stayed in my mind.

In March of 2015, I made a last-minute decision to enter Harlequin’s Blurb2Book contest. The old NaNoWriMo project haunted me long enough. I wanted to finish what I’d started, so I wrote a blurb and submitted the first page. To my surprise, I advanced into the next round, where I wrote a synopsis and the first three chapters.

On May 15h, I discovered I’d moved on to the next round. I looked at the announcement twice, to make sure my name was really on the list. From that day on, it was crazy. I wrote like a maniac to complete the entire book by the July 15th deadline.

The day I hit “Submit”, I wandered the house in a daze for an hour before it hit me, I wrote a book. The chance to have my first professional opinion was a thrill. That was the reason I entered the contest. To receive the call, a month later, offering a contract, is something I’m still trying to digest. I’ll be forever grateful to Harlequin for their generosity in offering the Blurb2Book contest. 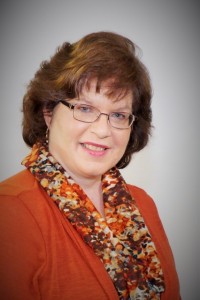 On August 27, 2015, Blurb2Book was winding to a close. Six authors had received “The Call,” and invitations to revise and resubmit were starting to trickle out. My nerves were on edge as I waited to see what the editors thought of my submission: A Family for Goosefeather Farm.

Meanwhile my own family and farm were keeping me plenty busy! My oldest daughter was home from college with pneumonia, my oldest son had just graduated high school, and I’d resumed homeschooling my two younger children…while caring for milk cows, dairy goats and our new Great Pyrenees puppy.

When my phone beeped that day, I was chatting with my sister and making some fresh mozzarella cheese. I glanced at the call-waiting screen, and my heart flipped upside down. I don’t recall how I got off the phone with my sister, but I’m pretty sure I hung up on her! And that particular batch of cheese was just not meant to be!

Giselle Regus was calling to offer me a book contract with Love Inspired. I can’t tell you much about our conversation—apparently when I am blessed with a dream come true, I melt into an incoherent puddle! But I can tell you this: I haven’t stopped smiling since! 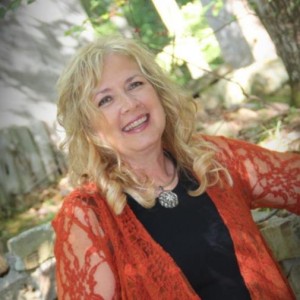 Just when I had given up on selling through Blurb2 Book, my agent called to give me good news. Editor Dina Davis was offering a contract!

I wrote this book in some unusual places. When I got The Call, I was writing in “my room” at the local Sisters of St. Benedict Monastery. My husband’s Aunt Sister Sylvia lets me go there and spend the day writing whenever I needed a quiet place to work. (I’ll bet my husband is the only Assembly of God pastor whose wife has a room in a convent!)

The week before the B2B deadline, my husband and I drove from southern Indiana to Natchez, the setting of Counterfeit Courtship. We stayed at Dunleith, my character Graham’s home. I had a blast doing last-minute research with LI author and friend Lorraine Beatty—and writing in the very rooms where the book is set.

God had His hand on this book from the beginning. I’m so happy He paired me with Dina, and I’m thrilled to be a part of LIH. As my character Ellie says, “I can do all things through Christ which strengtheneth me” (Philippians 4:13).

We hope you’ve enjoyed this Call Story bonanza – it doesn’t get more inspiring that this, does it?!