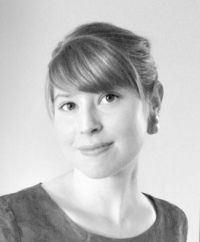 In the past year, Allison Carroll (Editorial Assistant for Harlequin Romantic Suspense and Harlequin Desire) has read a lot of suspense plots, proposals, synopses and pitches. Here are her thoughts on how to avoid the pitfalls!

In the world of Romantic Suspense, where the stakes are life and death along with happily-ever-after, authors are challenged to balance an emotional and energized love story with action, mystery, murder and mayhem. A tall order, to be sure.

As a reader- and writer-favorite, the Harlequin Romantic Suspense series is in a wonderful position of actively seeking fresh content from new authors. If you’re looking to target this line and you don’t want to receive the dreaded rejection letter, avoid these classic pitfalls.

Knowing the stakes from the get-go is never more important than in the romantic suspense novel. Establishing the risk, be it to the hero, heroine or the whole world, should be the first order of business. Too often, I read submissions that go off the rails by unloading back story in the first chapters. I suspect this comes about from an author’s hurry to establish a credible plot and the characters’ emotional state. Try opening in the middle of an action scene. Readers will learn more about the hero or heroine from their actions when under pressure than they will from an unrealistic conversation between the heroine and her bestie in which they discuss their cutting edge research in the super-secret lab they work in and how the heroine really ought to put herself back out there after her terrible breakup with Mr. Wrong.

Who avoids a slow opening?

C.J. Miller in Protecting His Princess. The heroine’s world is flipped on its end when her car is bombed and she learns her best tipper at the diner she works at is really an undercover agent tasked with surveilling  her—all in the first chapter!

While you don’t want to ignore the laws of physics, you should beware of getting bogged down in technical details. Weapons specs, the science of viruses and state-of-the-art security systems don’t create suspense. The weapon backfiring on the villain, a vial of the deadly virus breaking in the hero’s hand, the security system hacked by the heroine at the last minute—now that’s suspense. Try thinking of these technical and logistical elements of the plot as accessories. Utilize them to showcase your characters’ personalities and their developing bond. Include just enough detail to orient your reader, and then let the action and story sweep them away.

Who is the queen of MacGyvering a situation?

Tempted into Danger by Melissa Cutler hits all the right notes in the weapons and tech departments.

Love at the Inopportune Moment

Your hero and heroine are facing death in whatever form you’ve cooked up for them. What do they do? Hit the sheets, of course! Except, they’re in the jungle, with open wounds, the baddies hot on their tails, and they haven’t showered in days! OK, so this is an extreme example, but you get my point. The suspense should heighten the romance, not take the reader out of the love scene because she’s wondering who in their right mind who be getting busy under such dire circumstances. Develop the quiet moments, such as after a small victory or before the big showdown, for your hero and heroine to explore their physical chemistry. Just because you’re writing a romantic suspense, it doesn’t have to be non-stop action, or mean that the suspense is the only driver of the romance.

Who makes the most of the right moments?

Killer’s Prey by Rachel Lee. Rachel excels at writing psychological suspense and turning tense, quiet moments into sensual, romantic ones between her characters.

For more tips of the trade and the latest HRS news, follow the team on Twitter at #HarlequinRomSuspense or the individual editors:

Thanks, Allison, for a peek into the hectic, exciting, thrilling and emotional world of Romantic Suspense. Take her advice about these three pitfalls, writers, and you’re that much closer to a sale…