This week’s Ultimate Crush is from Carina Press author Shannon Stacey (@shannonstacey) – and we have to say, she makes a pretty convincing case…! 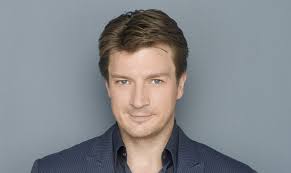 I’m going to go with a fictional crush and say right now it’s Richard Castle (of the television show Castle, which I hope everybody has seen), who is outstandingly portrayed by Nathan Fillion. (Coincidentally, he also played another of my fictional crushes, Captain Malcolm Reynolds on the short-lived but forever-loved Firefly.)

I freely admit on a superficial level, I crush on Castle because he’s “my type”. Older, softer, with laugh lines around his eyes and some gray in the hair. Honestly, most of the social media photos of young, ripped guys passed around for writer’s inspiration do nothing for me. I like a man with some miles on him, and I’m a sucker for boyish grins and sense of humor.

But beyond that incredibly sexy and slightly cheeky packaging, Castle appeals to me on many levels. His absolute love for his mother and his daughter. His patience with Kate Beckett because she’s a woman who doesn’t love easily. She’s tough and strong and he doesn’t try to soften her edges. He lets her be her. When he screws up, usually trying to do the right thing, he apologizes for it. He knows when to push and when to back off, though sometimes he gets it wrong. And we get to see his friendships with men, namely Kate’s partners, and how he treasures them. He’s values I share and qualities I admire, wrapped in a funny, sexy, imperfect and irresistible package.

Plus, he’s an author who seems to be able to write an ongoing, bestselling crime series while only spending approximately ten minutes per season with his butt parked in front of the computer. Who wouldn’t love that?

Is Castle your ‘type’ of hero too? Or did you prefer Nathan Fillion’s character in Firefly? Let us know!

I’ve never seen Castle but I might have to give it a try now! Thanks – I love your books!

Is Castle my type of hero, or Mal?

I feel the same way about the older guy with the sense of humor. The young guys are pretty to look at for a moment, but don’t really inspire me. (I figure anyone who spends that much time on his bod doesn’t have time for a woman.)