Harlequin Romance author Barbara Wallace shares her Ultimate Crush with us today, and she’s not ashamed to tell us that it is the dark and devilishly handsome… Thomas Barrow from Downton Abbey! 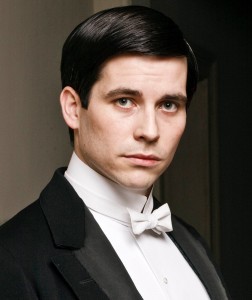 My friends think I’m crazy because am completely fascinated by Thomas Barrow, the evil, gay butler from Downton Abbey.  I have decided he could, with a little fleshing out, make the perfect romance hero.

Yes, I know, I just said he was evil and gay. But hear me out.  First of all, he’s very attractive. (Although that’s due more to Rob James-Collier’s DNA than the character.  Still, I doubt I’d be as fascinated if he looked like grumpy old Mr. Carson.)

He’s also tragically and deliciously broken.  I don’t see him as evil so much as frightened, angry and lonely.  So very, very lonely.  He’s a smart man forced to spend his life waiting on people who, but for circumstance of birth, are his intellectual equal.  Then there’s the fact he is a homosexual, and thus lives with the continual fear of imprisonment and ruin.  Even the few at Downton who do know his secret, think of him as an abomination against nature.  Can you imagine living in a world where no one truly accepts you for who you are?

Granted Barrow’s done some despicable things.  When you look closely, you see how many of those misdeeds are driven by his desire for love and/or security. Or jealousy.  He longs for everything his nemesis Bates has  – love, respect, security of position.  And yet, he can never have them.  Not fully. As a result, I see Thomas as like a stray dog who has been kicked too many times.  Scared of being rejected and hurt, he chooses to lash out first.

Behind the acerbic personality, however, lies a lonely, romantic heart.  A man who dreams his lover, the Duke, will whisk him away to France.  A man who falls for a blind soldier and must weep alone when he dies.  A man who would literally take a beating for the person he loves.  Thomas is not beyond redemption.  All he needs is one person willing to see past his snarly defenses and care.  You just know whoever that person is, will be loved singularly and deeply for the rest of their lives.

As you can see, I’ve spend a lot of time thinking about this.  I could write an entire blog defending Thomas’ s self-inflicted blighty. Barrow’s portrayer, Rob James-Collier says, Thomas isn’t evil; he’s just misunderstood.  I could not agree more.  You just have to look a little deeper.

Barbara Wallace has dared to share her Ultimate Crush who, though a little rough around the edges, could be the perfect romance hero. But which diamond in the rough would you choose? Tweet Barbara and let her know @BarbaraTWallace or comment below!

Category Romance vs. Other Romance: What’s the Difference? 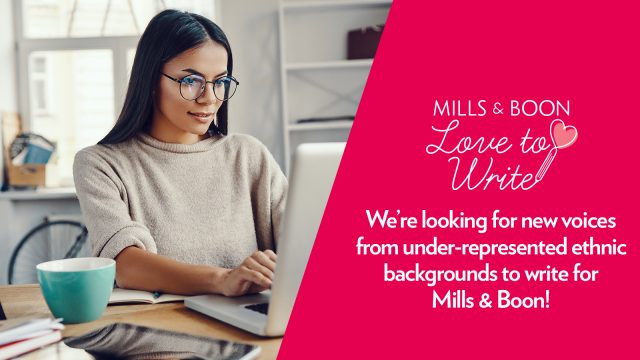 I love this take on Thomas. He’s the one everyone loves to hate. But he’s sooo intriguing! Great post Barb!

I totally agree! I love to hate him, but deep down, he’s not as evil as he tries to appear. At least this season he has one person who truly sees him as he is, even though he tried to blackmail her. Poor, poor Barrow!

Katie: So glad you see my point. I predict, btw, that this season we’ll see a turning point in Barrow. He’ll never be “good” but maybe a tad less evil.