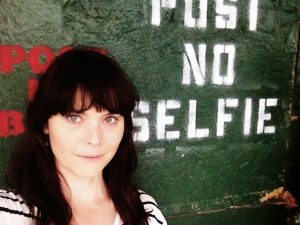 (This post is a very personal opinion and is not a reflection of the political opinions, or an endorsement of such, by my employer. Though they probably agree he’s handsome.)

In my heart, there’s only one Justin from Canada who matters, and I share that crush with about 39% of voting Canadians. Our current prime minister:

My crush actually started over a decade ago, well before this most recent sweep of Trudeaumania. (I liked him before it was cool…) The national newspaper, The Globe and Mail, did a profile on the young Trudeau, including a full-page photo. I ripped it out of the paper and stuck it on the fridge, joking with my parents that he was my future husband.

But he’s not just easy on the eyes, ladies! He’s a feminist – appointing half his cabinet as women, with women as his chief of staff and Government House leader. He’s in favor of science, creating the post of Minister of Science and freeing up federally funded research to be accessible by the public. He stepped up to expand refugee targets for the country in order to help with the global crisis created by the conflict in Syria. And he’s finally shining a spotlight on Canada’s very serious issues regarding the systemic oppression of the First Nations people. While serious action has yet to follow all the promises, it is an important start. So for me, his morals and intentions are in the right place.

There’s something to be said for bringing some youthful passion to politics. He and our first lady certainly do that. Check out this clinch worthy of the cover of a romance novel:

Regardless of your politics (which I respectfully decline to debate here…we’re talking about a crush, after all), it’s refreshing to have a hopeful, optimistic leader. I’m sure there will be much to critique about his time in power, but for now, the blush of the crush is still there.

It might impress you, then, to know that I lay on the same bed Justin Trudeau slept in a couple winters ago, in the Gatineau area. At the same rustic cabin/farmhouse. (I photoshopped his head into a shot on the bed beside me…TMI?)

I know what to pitch for my next story now. 😉