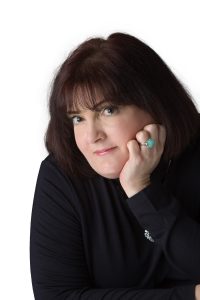 We are so delighted to introduce Traci Douglass, new author for Harlequin Medical Romance. Join me in welcoming her to the Harlequin family! Here is her Call story, in her own words…

I’m so thrilled and excited to join the wonderful team of authors for the Medicals line. My Call Story has been a while in coming and a bit bumpy at times (as you’ll read below), but so well worth it. Also, considering the timing of the offer, it was the Best. Christmas. Present. Ever!!!

My nearly two-year journey to Yes with the Medicals team began in February of 2016 with the last #MedicalBlitz. The contest asked for one chapter and a synopsis and entries were guaranteed feedback from the editors. Harlequin’s always been my dream publisher. I started reading Presents when I was a teen and have been hooked ever since. I got to work on my entry and was ready to submit when one of my beloved dogs, Carma, passed away suddenly due to a congenital heart condition. Grieving, I sent it in my entry then went to bed, sad and exhausted.

The next morning, I woke up determined to soldier on. The contest had asked for a month to receive a response, so I didn’t expect anything right away, but my inbox held a request from one of the editors asking for a revised partial and a new synopsis. Of course, having entered many contests before, I didn’t want to get my hopes up too much. I made the changes requested and resubmitted a few weeks later.

A couple months passed, and I received another response from the editor, saying she liked the changes, but had a few more tweaks to make it stronger. If I was willing to make the revisions, she’d love to see the first six chapters this time. Heck yes, I made them and submitted again.

Time marches on and I get another email, this time requesting the full. Great! But then editor went on to say she was leaving Harlequin at the end of the month. Boo! *Cue visions of me and my little Medicals book toppling off the edge of a cliff into a dark abyss never to be heard from again*

After some hyperventilating and lots of tears, I sucked it up and sent my congratulations, wishing her well on her new journey. She let me know she’d already briefed the senior editor for the Medicals line on my story, who’d be taking over, so that I wouldn’t fall through the cracks. Whew.

By now it was Autumn 2016 and with the holidays and other projects, I didn’t get around to submitting the revised full manuscript until March of 2017. I wanted to take my time and make sure I got things right. I hit submit for the third time. (or is that fourth, or fifth? LOL) More revisions, more waiting.

Finally, mid-December 2017. My agent called to say the team had finished reading my latest changes and we’d receive as a response soon. She called back at 8:30 the next morning. Once I heard the words, “It’s an offer” and “two-book contract” I pretty much blanked out. It was just a few days before Christmas. Holiday magic really does exist! 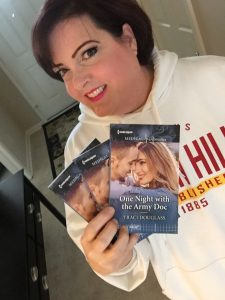 Congratulations, Traci! Here’s to a long and inspired writing career!  –The SYTYCW Team

18 replies on “Getting the Call: Meet Traci Douglass!”

Congratulations and welcome to the Harlequin family!

Thanks, Christa! Super excited to be join the awesome Harlequin team of authors! <3

Congratulations Traci! I love medicals and always buy a few of my favorite medical authors such as Amalie Berlin. I’ve now added you to my automatic buy list. I can’t wait to read your book. I’ve ordered it.

Aw, thank you Mary! I hope you enjoy One Night With The Army Doc! I loved writing Jake and Molly. <3

Traci, what an inspiring story for us all! I have been there along the way but reading this and seeing it on the SYTYCW page is so awesome1 I am so excited for you and happy you’ve achieved your dream. CONGRATS for the dozenth time! Can’t wait to read One Night with the Army Doc! I ordered it yesterday! 🙂

Thank you, Chrissie! It’s been quite a ride getting here and I hope you love the book. Fingers crossed we’ll be reading your Call Story here soon too! <3

Congratulations! Thanks for sharing all the bumps and revision requests to get to the final offer. It’s great inspiration.

Thanks, Juliette! Glad you found my journey helpful! ❤️

What a wonderful call story! Thanks for sharing. And congrats.

Congratulations, Traci! You have had a bumpy ride to successfully getting published with Medicals, but the important thing is you stayed with it and worked hard to achieve your dream. Can’t wait to read your books.

This is truly wonderful, and I am so happy for you. It’s beautiful seeing one of the old HQ Forums writers get offered a contract. Do you have a release date?

I agree with Kimmie! Congratulations Traci!

I loved reading your call story!! Congratulations!! Hope to post one of my own one day. 🙂