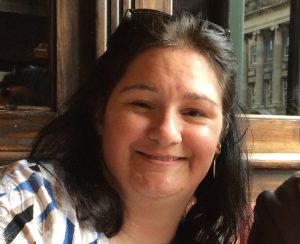 We are delighted to welcome debut Love Inspired Suspense author Christa Sinclair with her story on Getting the Call! In her own words…

August 10, 2017. I had been back to work as an educator for just over a week. That particular day we were on a different campus for professional development, with our employees attending several different workshops. I had sent in my revised suspense manuscript three weeks and two days before and had shifted my focus onto teaching. After all, I didn’t expect to hear anything from Love Inspired for at least two months.

This particular morning, I was sitting with two friends in a session when my phone, which was on my desk, started to vibrate. It was 10:06. I glanced at the phone number. A New York number. Of course, I got a little excited because I don’t know anyone in NYC and thought it must be the awesome editor I’d been working with, Shana Asaro. I didn’t answer it, but the caller left a message. Then I really wanted to hear the message, but I didn’t want to get up and leave the room. So, I waited. Surely, we’d have a break soon, right? Keep in mind that all this time I was whispering to my friends, who told me to just go. Our workshop speaker kept going….and going.

After a while, I couldn’t stand the suspense anymore. I got up and slipped out the door. I listened to the message, which was Shana saying she wanted to talk to me about my manuscript and could I give her a call either within the next half hour or email her with a good time to call tomorrow morning. My hands started to shake as I hit redial at 10:34, two minutes before that half hour deadline. Again, I thought about how editors call with good news and email with everything else. Yet, I didn’t want to jump to conclusions. Shana and I had been working on revisions for this manuscript on and off for three years. She might be calling to give me more direct revisions.

Yeah, I didn’t believe that either.

When Shana answered, I said hi, told her my name and reminded her she called me a short time ago. Honestly, I don’t remember anything beyond her saying they wanted to buy the book. I do remember saying, “Oh my God” a lot! Also, I kept saying thank you. I told her she had made me such a better writer since we’d spent so much time whipping this book into shape. Too, she was the first editor to really “get” me and my writing. I also reminded her that she had worked with me years before when she worked for a different Harlequin line. For that line, she also gave me revisions, but by the time I finished them she’d moved to Love Inspired. She told me she remembered, which completely surprised me. With all the manuscripts people send to her, how could she remember little old me from years ago?

I didn’t scream when she offered the contract since I was at work but I did put my hand over my mouth. As she continued to talk, I leaned up against a wall of lockers and then bent over and started crying. Then we talked about some of my other characters in the same book. Our conversation lasted twelve minutes (I checked my phone), although to be honest, I think I remember only about three or four minutes of it!

When I finally got off the phone, I began contacting friends. The woman who had always encouraged me to submit to Love Inspired Suspense, Laura Scott, was on vacation out of the country, so I couldn’t call her. Instead, I sent her a Facebook message. I texted my best friend, asking when I could call her. She called me right back.

When I returned to my workshop, the speaker had finally released everyone for a break. My friends looked at me and assumed it was a “no” because I was crying. I told them I’d gotten a contract and they congratulated me as I hugged them. Of course, I couldn’t sit still so I wandered the halls telling any other co-workers and friends I ran into that I finally got a Love Inspired contract. I cried a little more, got hugs, and shared a few details such as it was a one book contract with the option for the next one, revisions were due September twelfth and the book would be released May 2018.

At lunch time, I called home. My mom was out but I shared the news with my stepfather. Then I told him I’d call after work to talk to my mom and I remember saying, “Don’t tell her.” After work, I texted more friends and sent emails to others.

Now, here I am with much work already done for my Love Inspired Suspense book’s release, and I still get giddy when I think about that day. I hope I never lose the optimism I felt that morning. I still have the message from Shana, MY editor, and I just might keep that forever.