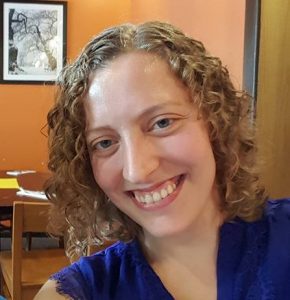 The Walking Dead has had many villains over the past eight seasons, but none have been quite as intriguing and polarizing as Negan. He’s the man the fans love to hate, and though I want to see a certain widow take him down after he killed off my favorite character, I can’t help but dread the day that he’s gone from the show along with his personal brand of drama. There are five traits in particular that make Negan a great villain, and translating these characteristics to suspense novel bad guys could help bring your villains to the next level.

The villain’s motivation is very important. I’m much more likely to be interested in a story when the villain has a real reason for going after the hero. Just portraying him as evil isn’t enough. Is he greedy or power hungry? Maybe he’s doing it for revenge or to get justice for a loved one. For Negan, it’s about survival. He truly believes that his way is the only way the vast majority of those he “saves” will be able to live in their world. If this means that he has to kill a few people to get others to fall in line, it’s worth it because he might save hundreds of other lives in the process. In his mind, he’s the good guy, and if the story was told from his point of view from the very beginning, maybe the viewers would agree. Villains are still human and should be at least a little bit relatable.

A good villain plans ahead. He isn’t going to kill the hero or heroine if that person has something he needs. If there is evidence out there that can implicate him, or the hero and heroine know where some valuable item is hidden, he has to take them alive—at least for as long as it suits him. In Negan’s world, he needs workers to scavenge for him. He needs doctors to heal his people. He needs leaders to keep those under his reign in line. Because of this, he finds ways to make sure people follow him, exploiting their weaknesses and fear. He won’t kill someone unless it fits his plan, and he makes sure to take advantage of anyone with special skills.

3. There are lines he won’t cross.

Sure, Negan may be willing to kill or maim those under his command, but there are things he refuses to allow. He has his own moral code, and anyone who disobeys it gets punished. This goes hand in hand with my first two points. If he killed entire communities for no reason, resorted to cannibalism, or allowed rape in his community, none of it would fit his plan and he couldn’t build the society he’s striving for. Drawing lines that the villain won’t cross can make them more interesting and well-rounded characters.

Not everyone who works for Negan is forced. Some people want to be there. In fact, they are Negan, or so they’ll say if anyone asks. Even Rick’s son has an interesting bond with Negan and thinks there is some good in him that can be redeemed. Villains can be charming and many should be strong leaders, especially if they are in charge of large crime syndicates. And in suspense novels, sometimes they need to be able to blend in. They might even be the hero or heroine’s boss or best friend, someone nobody would suspect is involved in anything illegal or immoral.

Though Negan has lines he doesn’t cross and he always has a plan, if someone betrays him, he will take them down. When he’s recruiting a new group, he’s sure to show them that he isn’t afraid of killing to get people to bend to his will. And he’ll do it in the bloodiest, most gruesome way possible to prove that he is someone to be feared. Villains shouldn’t be afraid to get their hands dirty, and they have to be willing to follow through on their deadly promises.