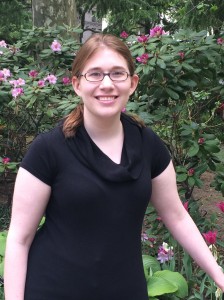 It’s hard to believe that it’s been less than a year since I first read what would become Amy Woods’ debut manuscript, HIS TEXAS FOREVER FAMILY. How did it all begin?

When I first saw Amy’s complete manuscript and loved it, I brought it to the senior editor of Special Edition, Gail Chasan. When she read it, she adored it just as much as I did, so we signed Amy to a contract. Once Gail signed off on that, the contract went up the editorial chain and off to our legal team in Switzerland; and is in line to be registered with U.S. copyright. Throughout this entire process, the managing editorial teams in New York and Toronto were keeping us editors on deadlines to make sure all materials are in on time.

The manuscript itself and the prelims go through copy editing; once the book is completed and the AAs are sent to pagination, production takes over, and they work their magic to make the book look perfect, inside and out. They are also the ones in charge of making sure the prelim material looks as spiffy as can be. Our digital team is invaluable, as well, in getting all the necessary information up on retailers’ websites; in particular, our metadata expert, Jenny Bullough, works tirelessly to ensure that all the content online is correct and available for readers. These are just a few of the folks who are involved from the first to last steps of publication.

Now, we’re on to the last steps of the publishing process – the book cover, the back cover copy, and the front sales, also known as the excerpt on page one of the book.

For each book, the editorial and art departments work together to create a cover that best represents the story inside. But the picture on the front can’t only be pretty to look at – it has to give customers a sense of the kind of tale they’re about to read. When the author fills out the aforementioned Art Fact Sheet, she is asked to suggest several scenes from the book that might make a good cover.

One scene that Amy outlined was instantly appealing to the art, marketing and editorial teams. It depicted the first day at the heroine’s son’s elementary school. Liam, our art teacher hero, and Paige, our assistant principal and mother to young Owen, meet for the first time. It takes place in the art room, where Owen, who suffers from selective mutism, eventually finds comfort—both in expressing himself creatively and in Liam’s company. The team chose this scene to be the cover of HIS TEXAS FOREVER FAMILY. It captured most of the hooks in the book that I knew readers would love: the connections growing between an adorable child, a caring hero, and a devoted mother.

In June, the cover was revealed to the editors and author. The art department—in this case, Special Edition’s art rep is Carolyn Graziani, while our marketing guru is Amy Delva—outdid itself. The cover is absolutely gorgeous, and represents exactly what Amy detailed in her Art Fact Sheet. While Owen draws happily on a piece of paper, Liam meets his gaze, intimating the bond that forms between the art therapist- teacher and his pupil. Paige looks on, appreciating the man who finally brings her son to speak again. The close relationships between all three characters show a burgeoning family enjoying itself.

When you open up the book, an excerpt will greet you on page one. It’s a selection of text from the book that’s designed to draw you into the book. The front sales, as this page is also called, is just a snapshot of the beautiful romance inside the front and back covers. The excerpt for HIS TEXAS FOREVER FAMILY depicts a light kiss between the hero and heroine, where the romantic tension is high and the hero is thinking about how meeting the heroine has already changed his life. It already has great romantic conflict in it, with the promise of even more to come in the story.

Now, let’s turn the book over to look at the back cover copy. This is the synopsis on the back of the book, which not only tells the reader what’s going to happen over the course of the story, but must also catches the consumer’s interest. After all, with so many other books on the shelf, there’s got to be something about that back cover that makes this title stand out!

When working on the back cover copy, we start with the shoutline—a one- or two-line catchy phrase that will ensnare the reader’s interest. Since HIS TEXAS FOREVER FAMILY involves a workplace romance between an art teacher and the assistant principal, we thought that “MR. CAMPBELL, PLEASE REPORT TO THE PRINCIPAL’S OFFICE” would be a cheeky way to draw readers in. It’s flirtatious and clever, making the readers wonder who Mr. Campbell is and what he did to deserve a visit to the principal’s office!

Back cover copy needs to be short and snappy. Often, it runs two to three paragraphs in length; one paragraph might focus on the heroine and the other on the hero. That’s not a hard-and-fast rule, but it’s often the case, as it was with this book. Most of all, though, the hero and heroine need to be shown to be engaging characters; their conflicts should be established, but hints of romance can be dropped in here and there.

In this case, the first paragraph establishes the heroine, Paige’s, central conflicts—she’s a single mom and widow who has a son with selective mutism. She’s definitely not looking for love right now, with all she’s got going on in her life, but, of course, that’s about to change. The first paragraph ends with an indication of her change of heart…

…as, in paragraph two, we get Liam’s backstory, replete with conflicts. Liam’s falling hard for Paige and her son and he wants to make a family with them, but she’s his boss! That’s bad enough, but it’s hard to coax Paige into opening up. When Liam begins to bond with Owen and help him, Paige’s hardened heart begins to soften, but is that enough to create a true TEXAS FOREVER FAMILY? You’ll have to read the book to find out!

Thanks, Carly, for that thorough explanation! If you want to learn more about Carly, follow her on Twitter as @CarlyASilver or check around the Harlequin community.

And for those wanting to read the book themselves, go preorder it now at your favorite retailer, or immediately available on Harlequin.com here! The digital version will be available on September 1st.