by Patience Bloom, adapted from her blog 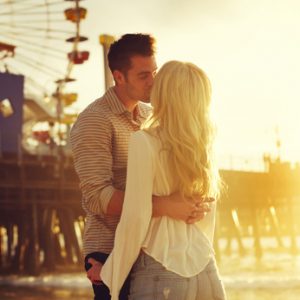 Every genre has its clichés and I sort of love them because they can be like chicken soup or The Brady Bunch, i.e. comforting old friends. At the same time, when you’re a voracious reader, these clichés get tired and seem like a quick exit. Here are some offenses I would urge romance writers to avoid from now on:

As I wrote above, these clichés can be welcome to a reader, but it should be every writer’s challenge to forge a new path. Make it even more memorable and creative for us, your old, new and future readers.

*Hyperbole is a real-life cliché.

**This doesn’t take much.

***Misuse and overuse of “literally” drives me batty these days, not literally.

I think certain readers are sick of certain things. I read like I eat and the fact is I enjoy a buffet.

Ditto! I am the same exact way. I read everything. I love the written word and words period. My favorite entertainment as a kid was to read the dictionary and learn new words. Unfortunately, most people don’t understand the meaning of very odd and seldom used words so it was a fun hobby, but not of much use nowadays. 🙁

Like I always warn people, never go up against an author in a game of Trivial Pursuit! We are virtual warehouses of little bits of knowledge and we will win. 🙂

Guilty of #5 in my current submitted romantic suspense where she is running from vile ex-hubby and remembers his last threatening words. So we should never start a book with Italics? Even a short sentence or two?

Guilty of #7 a time or two also in the early days…I think.

I’ve had a hero cook before but I am with you, Patience, give me a Panera Bread “goodie” and some awesome coffee and I’m great. 🙂

Thanks so much for the input. As writers and readers we tend to use what we read or see and if it worked then, it is just an automatic thing to do. I stand corrected. I will watch for them in future. 🙂

Nice post, Patience! Out of all my books, I’m only guilty of #5 lol. I’ve started 2 with a car ride and 1 with a single italic sentence. I would say I’m also guilty of #3 but then you added the electricity at their touch so that eliminated it. As for the food, if my hero is gonna cook I love to throw him in front of the grill, grilling steaks and kabobs, Mmmm…
As a reader one thing that I’ve seen a few times too many is a heroine that can’t cook. Sure it cute every now and then but I’ve seen it a little too often. If. The heroine don’t cook I’d prefer it to be because she simply doesn’t have much time, not that she can’t at all. Besides, who couldn’t at least heat up a can of tomato soup and fry a grilled cheese sandwich? I mean, c’mon!
As for eggs, definitely not my fave. Gimme hot gooey cinnamon rolls, or even old fashion biscuits and gravy anytime!
Thanks for the post!

I really am that bad at cooking….

With apologies, but I couldn’t resist a little wince-worthy word play.

In a dance as old as rush hour, Kate hustled to make her morning eggs. If she didn’t eat protein for breakfast, she’d be hangry* before noon, and ready, literally, to run someone through. Breakfast finished, blood sugar restored, she dabbed on some lip gloss before heading to the elevator, her lips starting to tingle and swell from an allergic reaction the shiny stuff. Pulling out a tissue, she wiped off the offending goop and threw the Kleenex into the garbage with a perfectly placed curve. Rounding the pillar in the parkade, she swore under her breath. That arrogant toad in the condo next to her had parked in her spare stall again. Although she’d be hard pressed not to set him straight the next time she saw him, she would, as usual, be meticulously polite. After all, she had no time in her life for witty banter. In fact, as a reward for future good behaviour, she’d treat herself to a Cinnabon – with icing.

*Hangry
informal
Bad-tempered or irritable as a result of hunger. Oxford Living Dictionary

*grins*
Thanks so much Deirdre. I love to play with words.

Great idea for a writing prompt! I love it!

Number 10
Also, Alpha Clones and the implication that you can’t be a Strong Woman unless you have a high-powered career and zero experience or interest in children.

On I hate is the heroine giving up her job, life, home, etc. For the hero. Once, just once, I’d like to read the guy giving it all up for her. Who quits their job and ends their career to marry a guy? What kind of man would ask that of a woman they love?

This is wonderful information. Do you except manuscripts through mail.

Some of these are so funny. I don’t believe I do many of them but they omelette one I probably would do. It seems right to have an omelette after sex you know a cheese onion one ha ha ha

# 9 made me laugh so hard my co-workers are staring. I hate omelets yet every hero knows how to make a good one apparently. How about a bowl of cereal?

A great list. I’d add an “arrival” opening to the list, but so many stories and movies start this way so what do you do? Is the arrival scene necessary? Can you skip it and jump to the first stuff that comes after? Some things to consider.

HAHA! I think I used #2 in my recent submission. pretty funny. Good news is, it can be written out. 🙂 I do admit, #10 drives me crazy too. At least show that the heroine/hero is busy. And it is okay for them to admit that even though they are busy, they might like to have someone in their life. I have a friend who is single and super busy, but she’s still trying to date and meet some one. It can happen.

Ha! I was amused by your take on romance cliches, especially the rude quips btw here/heroine, the use of the word ‘literally,’ which has literally been done to death (‘at the end of the day..’ coming in a close second) and the breakfast-making prowess of heros. Where’s the guy who, after a night of ‘unbridled’ passion, says, ‘sorry…all I’ve got is Weetbix or toast and Vegemite.’ Keep up the good work.

I’ve seen the “gone out for bagels” in a couple of romantic films/fiction but I don’t know if it’s used enough to be a trope yet!

I finally have curves in all the right places, but they come with some extra curves in the wrong places, too. I’m sure I’ve been guilty of a few, especially the eggs, but pouring a bowl of coco puffs isn’t very romantic.

I can’t recall using any of these devices, although I may have come close once. My hero doesn’t cook breakfast; he builds up the fire in the wood stove so she can cook.

I loved the article you shared with us. Writing comes from reading, and reading is the best educator of how to compose. Thanks and keep it up!