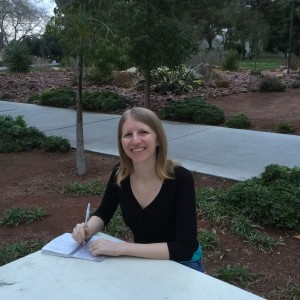 From #BlazeBlitz to Harlequin Blaze’s newest author – congratulations to the fabulous Ali Olson!

Having heard about #BlazeBlitz on SYTYCW—an opportunity to get feedback on my writing from real Harlequin Blaze editors—I eagerly submitted my synopsis and the first chapter of my book, Vegas Passion!

Ten days later, I got an email in my inbox requesting the full manuscript, which I sent in after a few tweaks.

Weeks went by. I tried not to think about it too much, but it nagged at the back of my mind. Would they like it?

Finally, we come to Tuesday of last week. I was teaching, just like any other regular weekday morning. After getting my students working, I glanced at my computer quickly to see if I had any new texts (yes, teachers are guilty of checking messages during class, just like students) and I had one from my husband. All it said was, “Want some amazing news?”

Of course I did. Who doesn’t want amazing news? I messaged back asking what the news was, and he teased me with a hint: there had been a missed phone call from Canada.

My heart sped up—I’ve read enough SOLD blog posts to know who might be calling me from Canada. After a few moments of frantic typing, he shared the good news.  An editor named Johanna had left a voice mail asking me to call her back!

I wanted to call immediately, but I had a class full of students. It took some effort, but I managed to control the impulse to bolt out the door and call back in the hallway. I resigned myself to waiting the nearly four hours until lunch.

Those hours were spent with a constant litany running through my head: “They wouldn’t call just to reject my book, would they? But that doesn’t mean they want to print Vegas Passion, either. Maybe they have some questions about it, or are interested but need some huge changes that may be too daunting. Or maybe I dreamt those texts and none of this actually happened at all.”

Suffice it to say, those probably weren’t my best teaching moments ever.

I’m a patient person, but this was almost too much for me. Finally lunch came, and as the last student walked out, I ran to my phone, typing in the number with hands that were literally shaking (and I’m an English teacher, so when I use literally, I mean it!). I begged my phone to please please please work—my cell phone is not exactly top-of-the-line, and it sometimes has trouble with phone calls.

No luck. Tried again… It got through! But Johanna couldn’t hear me, and I had to hang up. Argh! In a panic, I ran to the room next door and begged the teacher there to lend me her phone.

I was FINALLY able to talk to Johanna, and she told me that Harlequin Blaze wanted to print my book! I proceeded to bounce around this other teacher’s classroom and giggle into the phone for a few minutes while Johanna tried to tell me things that I’m sure are important but are now a blur despite my attempts to focus.

I eagerly shared the good news with my husband, mom, sister, mother-in-law, friends, other teachers, strangers, my cats, and pretty much anyone else who would listen. I felt a glow that lasted for days, and I’m still in a bit of disbelief. It’s not every day you get The Call!

Congratulate Ali on Twitter and her blog, and look out for her Harlequin debut in early 2016! 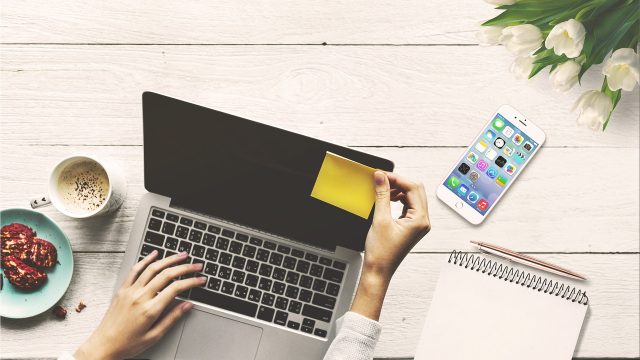 Wonderful story Ali and if your account here is any indication of how good Vegas Passion is going to be, I’d say we are in for a treat! I’m breathless just reading about your getting The Call. Many congratulations to you!

Thank you so much! I spent a decent amount of time today wondering if I would come home to see “Ugh, seriously? This is your new writer?” comments (because that’s what your brain does when you can’t check the messages for hours), so I really appreciate the kind words!

I’m still absolutely breathless over it. There’s a lot of random giggling going on in my life right now 🙂

Congratulations! I love your call story and have to say you have way more will power than I could ever imagine. Looking forward to seeing your book on the shelf.

Thank you! It was seriously ridiculously difficult. I’ve never been that impatient for time to speed up before, not even during the last exam day before summer vacation (and that’s saying something).

Congratulations!! I don’t think I could have waited that long to return that call. How long have you been seeking publication? Is this your first manuscript? What is Vegas Passion about? I want to hear all the details.

I actually wasn’t really seeking publication at all. I was just going to self-publish, but #BlazeBlitz was too perfect for my Vegas story to pass up!

This is my first contemporary. I have a few historical pieces we’re still going to self-publish. I started this all as a grand writing experiment in November, so I’m still pretty new to it all (but novels have been such a huge part of my life for so long, writing felt perfect the minute I started typing).

Vegas Passions is about a sexy cowboy coming to the Vegas rodeo and an introverted New Yorker being dragged to a bachelorette party. I don’t want to give away too much yet, but let’s just say things get pretty steamy when their worlds collide 🙂

Aggrr – sorry, sorry, I keep using the arrow keys out of place and it misses out my words. Meant to read:
…I definitely can’t wait to read Vegas Passion. Wonderful call story and a huge Congratulations!

Thank you! I’m glad it was entertaining. I’m still laughing about it. I was very aware of how strange it seemed to run into Ms. G’s classroom and try to explain why I needed to borrow her phone right that minute.

Congrats Ali! I’m assuming there’s more than one Vegas book in the works. 😉

On a somewhat similar note, I’m pretty stoked that RT is being held in the city of sin. My sisters and I are already scheming for our trip there next April. Yippee!

Did you do your own research in the city?

I have another one partially complete, with ideas for a third and fourth vying for my attention. Their just so much fun, it’s hard to keep my brain focused on anything else 🙂

Vegas is one of my favorite places, but not in the same way as it is for others. My husband and I have lived here in Sin City for eight years now. It’s easy to write about the rodeo cowboys when you live ten yards from where they keep the horses!

They say to write what you know, so why not set my stories where I live, especially when it’s as wacky as Vegas?

Had seen a Katherine Scheibling Tweet about her writing notes on a “Vegas” title. Yours?

Thanks for sharing your publication trip. I look forward to your debut. All the best for your future writings.

I think it was! I wasn’t watching her twitter then, but I’ve gone back now that we’re buddies (I’ve never seen her or Johanna in person, but in my head we’re all best friends) and it’s fun to see the clues 🙂

I’ve been lucky enough to read a little of Ali’s unpublished work, and she is such a great storyteller! I’m so excited for the release of Vegas Passion and can’t wait to have it on my shelf. And I know this is only the beginning- we’re going to see so many wonderful stories from her!

Blair! You’re such a good friend. Thanks for everything you’ve done to keep me optimistic and sane. Seriously the best friend I could ever hope to have!

Congratulations! I’m so happy for you and your kids will recover from one day of their teacher being a “little” distracted.

Once again, congratulations on such a wonderful life-changing achievement, Ali. I love your Call Story! I could *feel* your angst. The Agony of The Wait! 🙂 So simple and so inspiring.

Congratulations on this new adventure Ali! I look forward to having this series in my collection of your books. I believe that the answer to SYTYCW is a resounding, YES.