This was another memo sent in Jan 93 by Anne Canadeo and Mary-Theresa Hussey (sometimes it’s handy to have old files!).  Harlequin is always interested in developing editors, and so there are frequent workshops throughout the year on various topics. But considering yesterday’s blog requesting opening pages here, this could be useful!

Beyond the teaser page:

A strong opening is one of the key elements of a good novel and certainly one of the most important sales points. Practically all readers will look beyond the teaser page and sample the first few pages of the opening chapter before they decide to buy a book. Those first few lines are the author’s best chance to hook a reader’s attention and make it impossible to leave the book on the shelf.

There is no formula for great openings, yet we all know one when we read one. A strong story opening accomplishes a lot at once–piques interest, gets the reader involved with the characters, draws the reader into a reality or atmosphere that is engaging and seductive to the imagination, shows (rather than tells) the reader what’s going on. And, most important, makes a reader want to know more. Here are a few ways writers may do this:

–A provocative first line that might be dialogue or description, but is intriguing and arouses a reader’s curiosity. Example:  “Virginity can be hazardous to your health.” (Telling the story a little at a time, drip-by-drip method.)

–The “stakes” for the main characters are immediately on the table. Example:  “He needed a pregnant woman–and fast.”  (The “tell all” method.)

–Action that draws the reader into the middle of something and gets the reader involved in the character’s situation right away. Whether the situation is dramatic or humorous, conflict and dramatic tension would still be at work to draw the reader in. The situation might be provocative or highly unusual as well. Example:  “Every evening at twilight, the dragon came to the garden.” Or “The cowboy rode in from the west.” (Yet some writers may have a problem connecting such an opening to the rest of the story, which will be discussed below.)

–Opening the book with an intriguing point of view. Example: A recent submission to the Romance line opened with the pov of an angel in heaven, picking out prospective parents. However, if the book opens from the pov of a secondary character, is it intriguing or merely distracting? Does it add to the story or mislead the reader by placing an inappropriate amount of attention on a minor character? What is the purpose? Why is this character’s pov more likely to hook the reader than anyone else’s?

–Opening the story with a prologue seems to be becoming more frequent. However, when using a prologue, the author needs to be sure that the scene is necessary and adds some information to the story that the reader wouldn’t be able to get through the normal channels.

And what are clues to spotting a bad opening?

–If an opening is too explanatory, or has too much description and set up before anything “happens” it’s not a good opening. If the author can’t hook readers in the first sentence or paragraph, she should at least have gotten them into the story in the first page. A browser who isn’t intrigued enough to turn the page certainly won’t be one who buys the book!

–However, an editor also needs to watch out for the cute meet. Many times new authors realize they need a strong opening that will catch an editor’s attention, yet they fail to integrate or connect the catchy opening scene with the rest of the plot.

The author will think of the most original, dramatic, funny way for characters to meet and arrange elaborate schemes to make it come true or seem plausible. This might cause a reader to pick up the first book, but if the transition between the first meet and the developing romance is too jarring, or the author can’t sustain the romance, neither the reader nor the editor would be likely to buy a second book by the same author.

An example of the cute meet that of the hero and heroine who were in a store when it was robbed, got handcuffed  and spent the night together. Cute? Yes. Dramatic? Yes. Interesting? Yes. Did it have anything to do with the rest of the story? No. The writer didn’t use the cute opening to develop the relationship, have anything to do with their jobs, effectively create a conflict or even continue the spark throughout the rest of the book. Therefore, although the strong opening may have created a few sales for the book, those sales won’t be followed by another purchase and the book won’t be recommended to others.

–Another indication of a bad place to start is in transit–on a plane, in a bus, in a car. The characters haven’t arrived at the place they are supposed to and it can be difficult for readers to immediately identify with and situate the characters.

A recent example is a manuscript I’ve been working on. The first version had the heroine on a plane. She’s reviewing her life, getting things together, and meets the hero as she’s tired, travel-weary, and carrying all her luggage. Now there’s nothing there to immediately interest the reader. However, in the revised version, it opens up as the heroine is pulling into the hero’s driveway. True, she’s still traveling in a sense, but she’s arrived at a specific destination and she’s ready to spring her surprise on the hero. By taking the initiative and coming to him, this heroine immediately starts in a strong light.

Simply moving the story to the destination has created more immediacy, more tension and a heightened sense of anticipation that opening in the middle of the journey couldn’t create.

So, while there are no hard and fast rules as to what constitues a good opening, we know know what to watch for with a bad one. Remember, if the opening doesn’t grab and hold you-the-editor’s interest, how can you expect it to get the reader’s?

We’ll be highlighting some other great advice  about openings in the next few weeks–stay tuned! 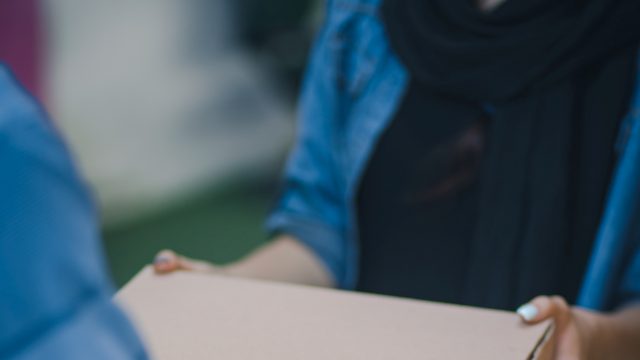 The Joy of Unboxing