Our newest Harlequin Historical author, Jenni Fletcher, shares her excitement about getting “The Call”!

I was out walking, on 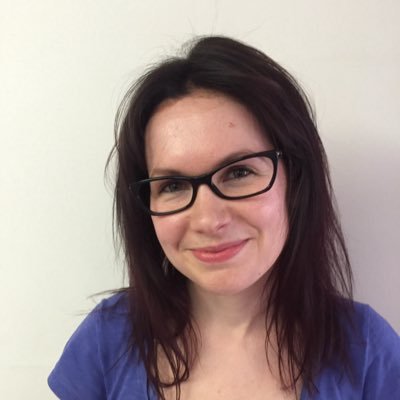 my way to the playground with my daughter when I got my first inkling of The Call. I heard a chime in my pocket and found a message from Harlequin’s Laura McCallen asking if I’d be free to talk at 4pm. I’d received my first e-mail from Laura in December with suggestions and revisions for my historical manuscript, Married to Her Enemy, which I’d resubmitted in early January, so by this point in mid-April I was on permanent tenterhooks, checking my phone a lot more than was healthy.

I agreed to 4pm, though I would probably have said that 2am was convenient too, and then tried not to get too excited. Part of me argued that she probably wouldn’t ring with bad news, but on the other hand, she’d said it was an update, so I didn’t want to get my hopes up too high. I’d read other writers’ accounts of getting The Call on the SYTYCW website, but I didn’t dare to hope that could be me. So I threw myself into other jobs – hoovering, cleaning the bathroom, anything to distract myself. I’d also made a promise to my son months before that if I ever got a book contract we’d go out for fish and chips (5 years olds know how to celebrate!) but I was so determined not to count my chickens that I decided to make a casserole instead. It was in the oven when The Call finally came – right on time (thank you Laura!)

I’ve wanted to be an author for as long as I can remember, but when Harlequin offered me a 2 book contract, it was hard to take in. My husband had barricaded himself and the children in a room with the threat of an immediate bedtime if they interrupted, but I almost wanted someone to come and prod me back to reality. I probably babbled and I definitely had tears in my eyes, but being offered my dream job was a wonderful feeling and still is.

The whole process from starting the manuscript to getting Laura’s call took two years and three months. I know because, as clichéd as it sounds, the original idea came in a dream. I woke up one morning in January and the characters were just there in my head. I’d recently emerged from that period with young children where you don’t read/write/talk-about-anything-but-babies for a few years because you’re so sleep-deprived, but I felt a compulsion to write again. I’d written a novel four years before which had been rejected, but it felt as though all the feedback I’d received then had finally sunk in. I really started to enjoy the writing process too, without constantly checking my word count, though I still veered wildly from elation to despair depending on how things were progressing.

Then, when I’d reached about 65,000 words, my husband found a lump in his neck and was diagnosed with Hodgkin’s Lymphoma. I stopped writing altogether for the first few months of his chemotherapy, but once we knew he was in remission he encouraged me to finish, saying it was a waste to have written so much and then not see it through. He was also the one who had to live with my frequent obsessing about it afterwards (ditto the rest of my family) so I owe him a lot for his support, though not the assumption that he’s some kind of alpha-male role model!

If you love writing romance then the Harlequin submission process is fantastic, and I’m not just saying that because I’m so grateful. Judging your own writing objectively is difficult and it’s hard to commit to 70,000 words when you’re not certain if any of them are any good, so getting feedback on the first three chapters is massively helpful. Then getting a request to send in the whole manuscript is a real confidence booster. The detailed analysis I got back from that was more than I’d ever expected. Sometimes I find it hard to see the wood for the trees, so having someone point out inconsistencies and suggest new ideas helped everything click. It turned out that I’d made a few glaring historical inaccuracies, and I was slightly embarrassed to learn that I’d mentioned my characters’ eyes almost 100 times, but after three drafts I finally got there!

I think if you want to do something badly enough then you have to keep trying. I’ve never been a morning person, but I realized how much writing meant to me when I was prepared to get up at 5am, just to fit it into my day (not bragging, just still genuinely amazed). I also think it helps to find a genre you love, as well as having interests that you can weave into your writing. Overall, it was a long process and a lot of work, but getting The Call definitely made all the early mornings, late nights and caffeine hangovers totally worth it.

And we did go for fish and chips!