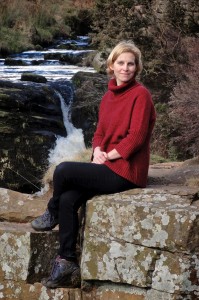 A few weeks ago Harlequin editor Sarah Stubbs talked about acquiring debut Harlequin Historical Author Elisabeth Hobbes. Here’s some insight on how Elisabeth got to that point!

Simply, I love reading and wished I could tell stories as well as the people I read.  I’ve written on and off for as long as I can remember.  As a child I filled notebooks with stories and scripts, mainly involving me and my friends in heroic escapades.  When I became a teacher I rediscovered how much I enjoyed the creative side of writing for an audience and the reception I got from the children when I modeled anything in class.  Obviously what I’m writing now is very different and I certainly shan’t be sharing it with them!

Daring to share my work with other people.  It’s a big step to let people inside your mind, especially writing romance fiction, but until someone looks at your work with fresh eyes you aren’t going to get honest feedback.  You’re too close to it to do it yourself.  Even if the criticism is harsh there is always something to take on board and work with.

The old cliche about showing not telling.  Trying to use the emotions and senses the characters are feeling to draw the reader into their experiences.  Scenes became so much easier to write if I could put myself in the character’s place and explain what they were feeling.

If they have serious ambitions to write for Harlequin then entering the So You Think You Can Write contest is a great way of getting noticed (well of course I’d say that, it worked for me).  Aside from that, Wattpad is a great way of engaging with other writers and getting feedback on your writing while having the opportunity to read a really diverse range of genres.

Harlequin, or Mills & Boon in the UK, is the first name that comes into my head when I think of romance writing.  Growing up everyone knew about M&B.  Lots of my friends used to sneak their mums’ copies out of the house to pass around.  It’s so well known and is the brand that when I told friends what I had entered, they all went ‘oh cool’ and had heard of it and understood immediately what I was writing.

I was on a cross-channel ferry heading back to Dover in rough seas so I was completely taken aback and not really in the position to be able to celebrate.  The first thing I did once I was on dry land was call my mum and tell her.

What is the quick pitch for the book?

My book–FALLING FOR HER CAPTOR–is coming out from Harlequin Historical in October 2014. I’d bill it as a forced proximity/enemies to lovers – with added wolves and swordfights.

Lady Aline never expects to find herself attracted to her abductor, but Hugh of Eardham might just be her only ally against the power-hungry duke who has ordered her kidnapped.  Hugh has always prided himself on his loyalty, but with the chance of love within his reach will he find the courage to defy his master but still remain honourable?

Thank you for sharing your excitement, Elisabeth–and we’re looking forward to seeing what’s happening next!