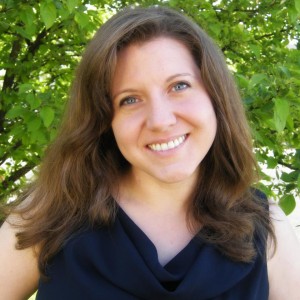 It’s time to celebrate another new author for Love Inspired Suspense! With their expansion to six books a month, they are definitely on the hunt for talented new authors. Here’s how she got to the sale!

Stories can sweep you away to a different world, help you gain perspective, cope with a bad day, or simply entertain. I loved how I could read a book and feel like I was the character for several hours. It was a very strong motivator to write my own stories.

I found a group of ladies—or rather, was lucky enough to be found—that not only wanted to critique each other’s chapters once a month, but made it a hybrid-book club as well.

The combination of reading amazing authors and critiquing each other is wonderful.

First, I needed to treat it as a job—even when it wasn’t paying yet—and spend a certain amount of time a day to make that word count.

Secondly, I needed to study the line I wanted to write for…not just read it for fun. I wish I wouldn’t have taken rejection personally for so long. The last time I was rejected I finally treated it as a learning tool. I studied the line more, went back to the drawing board, completely rewrote the story, and got a contract!

It depends on which series they are targeting. My editor for Love Inspired Suspense keeps a Pinterest board of all the books she’s edited. Several editors tweet books they’ve recently edited. It’s a great starting point to pick books to study. Wow. I never thought I’d recommend Twitter to writers!

Seriously, when I first started writing over 15 years ago, it was my dream to write with Harlequin. Then I let myself get easily discouraged and didn’t come back to it until years later. I hope writers don’t make the same mistake I did. Keep at it.

My friends can attest to the fact that I rarely shop. I detest it and only do so when my clothes are falling apart. So that Friday, I needed a pair of decent jeans. I went shopping, and was shadowed by not one but two very eager employees. As I was trying on a pair of discounted jeans, the phone rang.

Ordinarily, I’d let it go to voicemail but the Caller ID read NEW YORK! Who do I know in New York? No one, that’s who… except a certain editor. So I picked up and to my surprise, the editor had good news!

I finished the call in a daze, jumped up and down a few times and let out what I thought was a quiet “yes! yes! yes!” along with some giddy laughter.

Then the employee knocked. I realized then not only did the editor most likely hear the early nineties pop music blaring through the overhead speakers, the two employees behind the door also heard my private celebration.

I told the eager employees I’d just received a phone call with very good news, and their faces fell. Apparently, they assumed I had found the perfect pair of jeans!

What is the elevator pitch for the book?

Accountant Victoria Hayes has discovered fraud within her own company, but when her evidence goes up in smoke along with her home, all she has left is her hero dog. Seeking justice, she unwittingly puts herself and her handsome supervisor, Jeff Tucker, in danger. The strict ethics that lead Victoria to trust Jeff also keep him from pursuing a romance, given his hidden past. Victoria has a past of her own and her analytical skills score Jeff as high risk—a risk she’s not willing to take. Framed for the very crime they wanted to expose, Victoria and Jeff must uncover the truth before it’s too late.

Thank you, Heather, for sharing your exciting news with! We’re eager to hear about your next project!

Congratulations, Heather, I look forward to reading your story!

I’m wondering, what were the biggest changes you made between the rejected version and the version that sold? The things you really wished you’d know before that might help us Killer Voices hopefuls now?

Good question!
Okay, well there were things I “knew” but it was a matter of degrees. For instance, I knew the suspense and romance needed to start from the beginning but if you study the books you get a sense of the romance/suspense proportions.

I had the elements in the original but it was too slow a build on both counts. I also had a little too much subplot on the side. (There’s virtually no subplot now.) It’s hard to reign in the imagination of the story but the focus needs to be on the two main characters. In the original, they each had a chapter or two on their own. Now, I believe there is only one chapter in the whole manuscript where they’re separated (and it’s early).

After cutting out almost half of the original manuscript (a painful day) and increasing the urgency, the new version has all the romance and character development while the characters are running for their lives. That’s off the top of my head– hope that helps! I’ll post any additional thoughts as they may come to me on Twitter. Good luck!

Thanks for such a helpful answer, Heather! Ouch on having to cut half the manuscript.

Heather, I love your call story.

Your story is such an inspiration. Can’t wait to read A DEADLY ACCOUNT.

What a great call story! Heather, major congratulations on your LIS debut, and thank you for answering the questions. I learned a lot from your interview.

Congratulations, Heather! Welcome to the team!!!

Thanks, Dana! Just got done reading Shockwave – fun read! So glad to be part of the team.

Hi, Heather! Just wanted to pop by to add my congratulations. 🙂

Congratulations on your sale, Heather, and on your upcoming debut! I love your willingness to learn. That plays a big part in producing marketable stories. I feel for you on having to cut half your story and start over. I had to cut three-fourths of my debut novel and rewrite it–but it sold. Willingness to revise can lead to the prize–a long-awaited contract.

Thanks, Keli! Glad I’m not the only one! I’m hoping to have a faster learning curve the next time around – ha!

So is ‘A Deadly Account’ your Happily Editor After MS?

I predict I’ll be re-reading this interview in the future. 🙂

Congratulations again, Heather! I’ll keep an eye out for Victoria and Jeff’s story in January.

I loved what you said about realizing how important discipline was. This is something
I am just now learning how to do myself and it is awesome once you can harness your own potential like that.
Congratulations on your achievement. Looking forward to reading your work 🙂